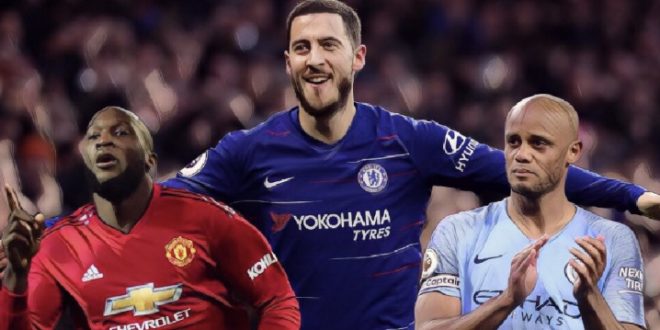 Having spent almost two decades in mediocrity since a fourth-placed finish at the 1986 World Cup, Belgium have enjoyed somewhat of a renaissance in recent years.

The Premier League has proven to be a hotbed for brilliant Belgians, with the country’s finest talent often taking up residence in English football’s top flight.

Remarkably, of Belgium’s 23-man squad for the 2018 World Cup, a huge 18 have spent time with Premier League clubs. Overall, 54 Belgian exports have featured in the Premier League and we’ve decided to compile an XI of the very best.

Here, in a 3-5-2 formation, is the Premier League’s all-time Belgian XI…

The giant goalkeeper was signed by Chelsea way back in 2011, though had to be patient as he sought an opportunity at Stamford Bridge.

Having established himself as one of the most promising goalkeepers in European football during a three-year loan spell at Atletico Madrid, Courtois retuned to Chelsea in 2014 to finally dislodge club legend Petr Cech.

The transition was seamless, Courtois helping the Blues to the Premier League title in his first season as a regular during Jose Mourinho’s second spell at the club.

A second title followed under Antonio Conte in 2017, winning the Premier League’s Golden Glove in the process, whilst Courtois also won an FA Cup and League Cup during his spell at the club in a clean sweep of domestic honours before joining Real Madrid in 2018.

Originally arriving in the Premier League on-loan at Southampton in 2014, Alderweireld’s impressive performances on the South Coast persuaded Tottenham to spend £11.5m to sign him from Atletico Madrid.

At Spurs, Alderweireld has continued to shine as arguably one of the division’s leading defenders, playing a starring role as Mauricio Pochettino’s side have evolved into Champions League regulars.

Cool and composed, the centre-back also possesses a fine passing range and was named in the PFA Team of the Year in 2016.

Pochettino’s reign in North London is yet to deliver the silverware despite their marked improvement, with a solid defence including Alderweireld the foundation for their recent success.

Signed in the summer that Manchester City were financially catapulted into Europe’s elite, few players have contributed more to the club’s trajectory from mid-table Premier League side to perennial contenders for the game’s biggest prizes.

Signed from Hamburg for around just £6m, Kompany would evolve into one of the best centre-backs in the division’s history and represent one of the great Premier League bargains.

His leadership saw him named as club captain in 2011, guiding City to four Premier League titles amongst 10 major honours before leaving for first club Anderlecht in 2019.

He was named as Premier League Player of the Season in 2012, having captained City to a first top-flight title in 44 years. His departure will leave a huge void at City, having cemented his place amongst the club’s all-time greats.

In 2012, Jan Vertonghen had been linked with moves to both clubs, however, opted for Spurs to play in his favoured position at centre-back.

Arsenal’s loss has certainly been Tottenham’s gain, with the Belgian having become one of the most reliable defenders in the Premier League. Comfortable on the ball and an astute defender, Vertonghen has been a model of consistency since arriving at Spurs from Ajax for a fee of around just €12m.

Named in the PFA Team of the Year in his debut season, Vertonghen has gone on to make over 250 appearances for the club and at 32 remains a key figure in the Spurs squad.

Oh, Marouane. The big-haired, bruising Belgian, who despite his critics was a solid Premier League contributor over 11 years at Everton and Manchester United.

Signed by David Moyes for both clubs, Fellaini’s unorthodox approach and gangly frame saw him become a useful weapon during his five-season stay at Goodison Park.

Utilised in both a holding midfield role and as an attacking option, Fellaini’s physicality made him a difficult proposition for even the best Premier League defences.

The Belgian became somewhat of a scapegoat during United’s failings in recent seasons, his £27 million move to Old Trafford as the first signing of the post-Sir Alex Ferguson era becoming symbolic of the club’s sharp decline.

Love him or loathe him, Fellaini had a tendency to deliver when it mattered and scored several vital goals for both clubs before moving to China in 2019.

Ask any Spurs player who the club’s best player was during Dembele’s career at the club and they almost unanimously name the Belgian.

Having first moved to the Premier League with Fulham, Dembele joined Tottenham in a £15m deal in 2012 and became a key component for the North London side.

Technically superb and an excellent dribbler, Dembele had an effortless ability to glide past players, whilst his strength made him almost impossible to dispossess.

His Premier League career sadly failed to deliver silverware, though he will be remembered fondly by Tottenham supporters having moved to the Chinese Super League in January 2019.

Originally signed by Chelsea as a promising youngster before failing to establish himself at Stamford Bridge, De Bruyne was sold to German side Wolfsburg before returning to the Premier League with Manchester City in 2015.

The playmaker had matured during his spell in the Bundesliga, being named Bundesliga Player of the Year the previous season and arrived at City with a point to prove.

His return to English football has seen De Bruyne become one of the Premier League’s leading lights, helping City to back-to-back league titles in 2018 and 2019.

The midfielder also helped City to an unprecedented domestic ‘treble’ in 2018/19, being named man of the match as Pep Guardiola’s side thrashed Watford 6-0 in the FA Cup final.

Arguably one of the most complete midfielders in world football, De Bruyne has all the attributes to be remembered as a Premier League great.

Talented but temperamental, Mirallas is one of those players who you feel could have delivered more given his ability.

Signed by Everton in 2012 after scoring 34 goals in 52 league appearances for Greek side Olympiakos, Mirallas failed to live up to those standards in the Premier League reaching double figures in all competitions just once in five seasons on Merseyside.

Whilst his goal output was down he did possess a constant threat to opposition defences, his versatility seeing him used in a variety of positions across the forward line, with Mirallas scoring 29 goals in 151 appearances for Everton before falling out-of-favour in 2017.

Despite having spent the past two seasons on-loan at Olympiakos and Fiorentina, Mirallas is still an Everton player though is predicted to move on this summer.

Arguably the finest Belgian to have graced the Premier League, Eden Hazard delivered some magical moments in English football during a seven-year stay at Chelsea.

Signed from French side Lille in 2012, Hazard developed from promising, young talent into one of the world’s best footballers at Stamford Bridge, helping Chelsea to six major honours before joining Real Madrid in 2019.

Named PFA Player of the Year and FWA Footballer of the Year in Chelsea’s triumphant title campaign in 2014/15, Hazard was also named in the division’s Team of the Year on four occasions.

Possessing mesmerizing close control and balance, the winger’s ability to ghost past players made him one of the league’s most entertaining players to watch during his Premier League career.

His departure saw English football lose one of it’s shining lights, with Hazard having won two league titles and scored 85 Premier League goals before his big-money switch to Spain this summer.

Given his recent struggles, it can be easy to forget that Christian Benteke was once a formidable forward in the Premier League.

The big Belgian moved to Aston Villa from Genk in 2012, and a stunning debut season saw him score 19 goals in 34 appearances for the Midlands side. The towering target-man continued to score at a prolific rate and after hitting 42 league goals in 89 appearances for Villa, earned a big-money move to Liverpool.

Benteke’s style seemed ill-suited to Liverpool’s passing philosophy and the move didn’t quite work out. A stunning overhead kick at Old Trafford was a highlight, though after just nine goals and one season Benteke moved to Crystal Palace.

At Selhurst Park Benteke seemed to have rediscovered his scoring touch, netting 15 league goals in his debut season for the Eagles.

From there, however, his form has drastically fallen off, though his earlier years are enough to earn his position in our all-time Belgian XI and Palace will hope he can rediscover his best form next season.

The Premier League’s highest-scoring Belgian and a prolific goalscorer, Lukaku is another signed by Chelsea as a highly-rated prospect before forging his career elsewhere.

Loan spells at West Brom and Everton showcased his ability to score regularly in the top flight, before a permanent switch to Goodison Park in 2014.

After plundering 87 goals in 166 appearances for Everton, Lukaku earned a £75m move to Manchester United, at the time becoming the most expensive Belgian in football history.

His debut campaign at Old Trafford saw him score 27 goals in all competitions, however, his second was less successful and saw him fall out-of-favour.

Belgium’s all-time record goalscorer has been linked with a move away from the Premier League this summer, despite his outstanding goal record.

At just 26, Lukaku currently sits level with Arsenal legend Ian Wright at 19th in the list of the league’s all-time top scorers, having scored 113 Premier League goals in 252 appearances.