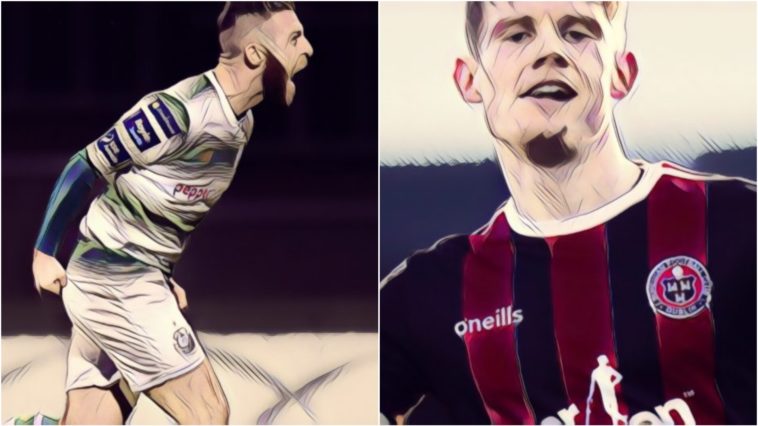 A few key things to look out for in the League of Ireland this week as the players get set to enjoy a well earned rest.

Before we head into a two week break from league action, tonight sees three games in the Premier Division and five in the First Division.

Most eyes will be on Dalymount Park for The Dublin Derby but there is a host of other important games happening around the country.

Here are five things to look out for in the League of Ireland tonight:

Can Cork City get their season going?

To say Cork City have struggled so far this season would be somewhat of an understatement.  Champions only two years ago, the Leesiders began 2019 with a whimper and have already parted ways with their manager. That man being John Caulfield, the most successful boss in the club’s history alongside holding the record number of appearances and goals as a player.

Caulfield’s long-time assistant, John Cotter, took over at the start of May and has done his best to steady the ship. An away win against Bohs in Dalymount is the pick of the results with this weekend giving them a chance for another three points on the road. It would actually be the second victory for the Rebel Army in Sligo this year after winning 2-1 back in February.

Rovers drew with St.Pats last week and come into this game two places and two points ahead of City in the Premier Division table. Cork last played on 31 May due to international call-ups, also a draw with the Inchicore side.  They take on Liam Buckley’s team without the suspended Sean McLoughlin and Conor McCormack while the Bit O’ Red are missing Dante Leverock, who will be playing for Bermuda against Haiti in the Gold Cup on Sunday.

Can Bohs continue their hold over Rovers?

A depleted Bohemians come into this Dublin derby undefeated in seven against their rivals but with a shortage of players. Dinny Corcoran suffered a broken ankle a few weeks ago joining Danny Grant and Rob Cornwall on the side-lines. Darragh Leahy is on international duty with the impressive Ireland U21s while James Finnerty and captain Derek Pender are suspended.

It was Corcoran who grabbed the winner when the sides last met in April and the striker could be sorely missed tonight. That said, the Gypsies put five past Finn Harps in their last outing without him, stopping a run of four defeats in five games. After a promising start to the season, Bohs now sit ten points behind Rovers who will be confident of stopping the recent rot against the side from Dalymount, which stretches all the way back to 2017.

Stephen Bradley’s men came away disappointed last week after a 2-2 draw at home against Derry with their title ambitions slowing up recently. They are currently five points behind champions, Dundalk, with a game in hand coming tonight.  A win would see the Tallaght team close the gap and break the so-called ‘hoodoo’ as a victory would be the first against Bohs in seven games.

Can Cabinteely get back on track?

After a flying start to the season that included two wins over Shelbourne, Cabinteely travel to Athlone Town looking for their first win in four games. The last meeting between these sides finished 3-2 with Rob Manleys 85th minute goal being the difference. Pat Devlin’s side sit in fifth behind Limerick on goal difference with their chances of securing a play-off still very much intact. They came from behind twice last week to draw with Cobh Ramblers.

The last five games between tonight’s teams have ended with a Cabinteely victory. You would have to go back to 2016 for the last time the Midland outfit came out on the winning side. They arrive into this off the back of a 4-2 loss against Drogheda United that leaves them in ninth place. Thirteen goals conceded in their last four and thirty-three scored in the previous eight between these teams should mean there won’t be a shortage of goals tonight.

Can Cobh Ramblers build a gap?

After a difficult start to the season, things have started to look a bit better for Cobh Ramblers recently. They were disappointed not to hold on to the lead in their draw against Cabinteely last week, which followed a home win over Bray. They should come into this week’s meeting with Galway United feeling confident having won the reverse fixture. A 2-1 win at Eamon Deacy Park in April is the only difference between the teams in the table so far.

Ramblers are three points ahead of United and a win tonight would see that increased to six. Alan Murphy’s Galway side make their way to St.Colman’s Park looking to end a run of five matches without a win. This is their third away game in a row and three points would help them leapfrog their opponents on goal difference meaning it’s a huge game for both before the break.

Can Bray get back in the promotion mix?

Bray Wanderers followed up their three game winning run with three consecutive defeats. This really sums up the madness of the First Division this season as the Seagulls currently find themselves nine points behind the leaders, Shelbourne. It was the Tolka Park side who inflicted the most recent loss on the Seasiders, winning 1-0 last Saturday. Tonight they take on fellow promotion hopefuls Longford, who beat them convincingly in April.

De Town will be confident of adding to that win, as they haven’t lost at the Carlisle Grounds in ten years. A late, late winner from Jamie Doyle snatched all three points against Wexford last week to stay just one point off the pace at the top of the table. The Seagulls have only drawn one game so far this season so an open game is expected on Quinsborough Road tonight.