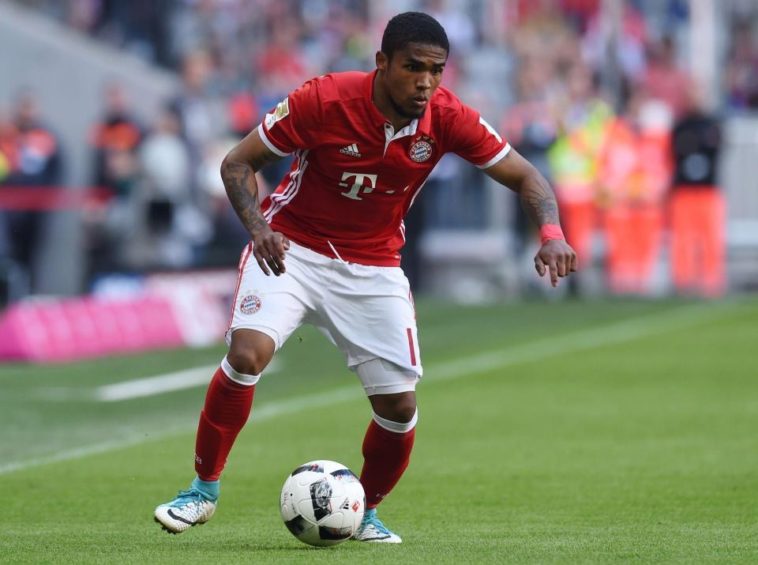 Rumours have circulated recently that Bayern Munich winger Douglas Costa could be on his way to Tottenham in a £30 million move.

The 26-year-old made 23 appearances for Bayern this season, scoring four goals and setting up six for his teammates.

Reportedly the winger is unsettled in Germany, and Spurs are interested in bolstering their squad in the hopes for a more successful Champions League campaign next season.

With Moussa Sissoko on his way out after an underwhelming year at White Hart Lane, Costa will be keen for the opportunity for more first-team football and a chance to showcase his skills in the Premier League.

His current contract expires in 2020, but he has been trying to get a better deal. However, in February, Bayern president Uli Hoeness had this to say about Costa’s ‘desperate attempts’ for an improved contract:

“That doesn’t work with us. He can try 10 more times. He is certainly not a hardship case.”

Options on the table

Costa has said that he is considering his options, stating

“I cannot comment on names, there are contacts with teams from England, Spain and also France. But we respect Bayern.

“First we want to get together with them and look at what they think of it, and then we make a decision.

“I am still under contract with FC Bayern until 2020, I have three more years. Of course, football is a business, Bayern simply has to accept a bid and the others pay what they have to pay.”

Manchester United and Liverpool are also said to be courting the Brazilian for a potential move, so Spurs may have a battle on their hands for the Brazilian’s signature.