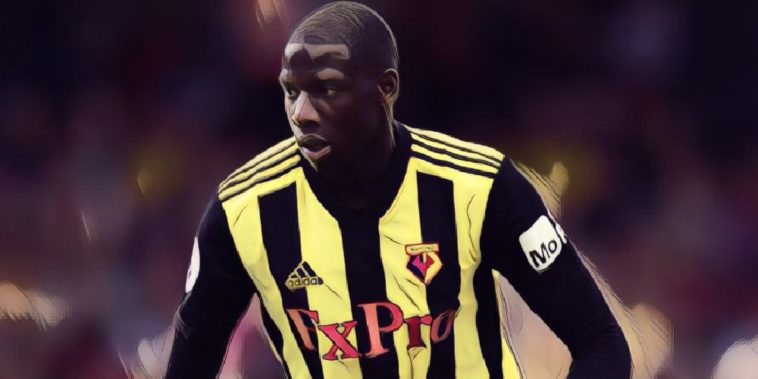 Abdoulaye Doucoure says he is ‘relaxed’ about his future despite speculation linking him with a move away from Watford.

The Frenchman has been a key figure in an impressive season for Javi Gracia’s Watford side, who will face Manchester City in the final of the FA Cup on Saturday.

The 26-year-old’s has made no secret of his desire to play at the top level, with his form having attracted interest from the likes of Manchester United, Everton and Paris Saint-Germain.

Despite the speculation, Doucoure insists he is ‘relaxed’ about his future and says he is ‘grateful’ to Watford for giving him the opportunity to play in the Premier League.

“I am very relaxed about my future,” Doucoure told The Telegraph.

“A lot of people talk about clubs but if something happens the club will know and will inform me. If one club wants to buy me we will have to sit together to take the decision. But I am happy here. If I move I will be happy to move and if I stay I will be happy to stay.

“A lot of players here (at Watford) were not famous before they came here but after that, after this season and after last year people know me now and it’s because of Watford. I am so grateful for that.

“They are very smart, do smart business also and have bought players and sold them for more money – like Richarlison, for example.”