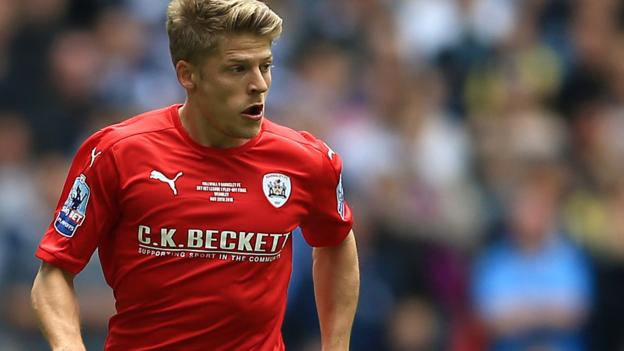 Championship side Barnsley have confirmed the signing of Lloyd Isgrove, following his release from Premier League club Southampton.

Following his release from Southampton, Winger Lloyd Isgrove has signed for Barnsley on a free transfer. The 24 year-old penned a three-year deal with the South Yorkshire club. This move also marks Isgrove’s return to the club, following a successful loan spell two seasons ago.

Isgrove spent the majority of the 2015/16 season on-loan at Barnsley. He was part of the double-winning Wembley Tykes side. Furthermore Isgrove scored the winning goal in the club’s 3-1 win over Millwall in the 2015/16 League One play-off final.

Despite a relatively strong season with Barnsley, Isgrove returned to Southampton for the 2016/17 season. However he would only feature twice all season, making two cup competition appearances.

After a steady return season in the Championship, manager Paul Heckingbottom shall be looking to maintain stability. Now with the transfer window open there shall be room for the club to add new faces to their squad. At this point Isgrove could potentially be one of many new additions.

He joins former Man Utd left-back Zeki Fryers who has also moved to Oakwell on a free transfer from Crystal Palace. The Tykes have also signed Stevie Mallan, Ethan Pinnock, Cameron McGeehan, and Liam Lindsay in what is looking like a busy summer.

Barnsley fans: Are you pleased with this signing? Will Lloyd Isgrove fit in your side? Let us know your thoughts.