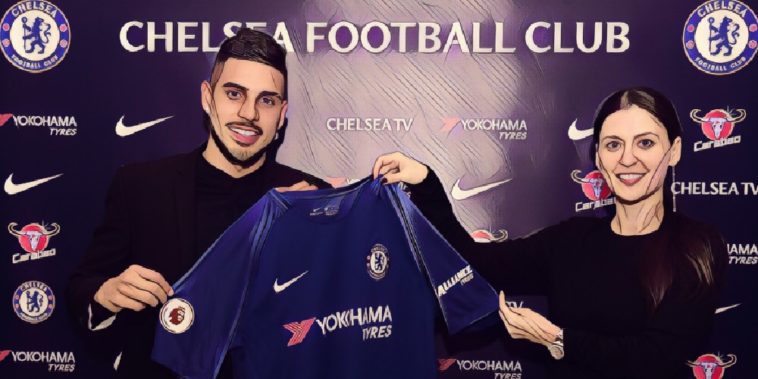 Chelsea have completed the signing of Emerson Palmieri from AS Roma.

The deal to take the left back from the Italian capital to the West London club has been no great secret, but has been held up by Chelsea’s desire to sign his now former Roma team mate, Edin Dzeko.

Chelsea had targeted the former Manchester City striker in a double swoop as they desperately search for a new backup striker to challenge Alvaro Morata, who despite scoring 10 goals in 20 Premier League appearances, has had a difficult start to life in England. A deal was not able to be done however, with the Bosnian looking for a two-and-a-half year deal, while Chelsea were only willing to offer an 18 month contract.

The Blues have now given up hope on signing Dzeko, and have turned their attentions to Arsenal’s Olivier Giroud, and have therefore completed a move for Palmieri on his own.

The left back, who was born in Brazil, is an Italian international and has signed a four-and-a-half year deal with Chelsea where he will wear the number 33 shirt.

Upon signing for the Premier League champions, Emerson said:

“I came here because it’s a great team with a great history. Today I am realising one of my dreams to pull on the shirt of such a great club.

“English football is something I have been watching since I was 15 years old. It is a really beautiful game over here but it is going to be even more beautiful to play it.”

It is expected that the defender will play second fiddle to Marcos Alonso for the position of first choice left back/left wing back.