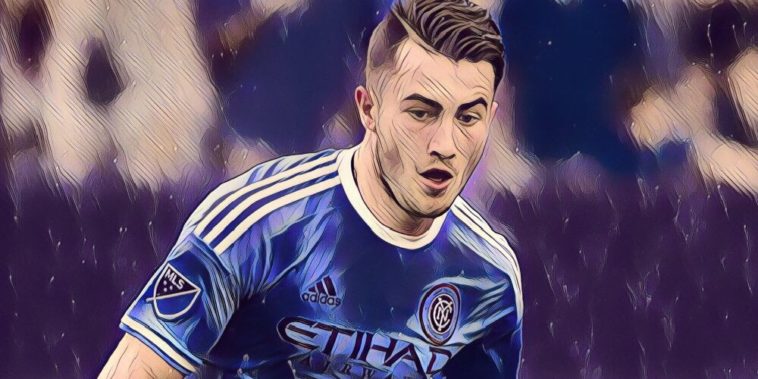 Harrison has moved to the Etihad from City’s sister club, New York City FC, and has signed a three-and-a-half-year deal. However City fans will have to wait a little while longer to see him in action after he has immediately been loaned out to Championship outfit Middlesbrough until the end of the season.

The winger, who was born in the Midlands, came through the ranks at City’s rivals Manchester United before he moved to the USA aged 14. He returns to England after a stellar 2017 MLS campaign, where he netted 14 goals in 59 appearances over his last two seasons, propelling his reputation as one of the most exciting young prospects in the United States.

His form at the Yankee Stadium even earned him a call-up to Aidy Boothroyd’s England U21 squad for the Euro 2019 qualifiers against Scotland and Andorra back in October.

“I can’t wait to get started over here.

“I’ve really enjoyed my time with New York City and I’d like to thank Patrick Vieira and his coaching staff for helping me to develop as a player.

“I feel I’ve really improved working under him and playing regularly in the MLS, but now I’m looking forward to testing myself in England.

“Middlesbrough are a good club, with Premier League experience and they’re in the mix for a return via the playoffs this season.

“Hopefully I can help them achieve that.”

City are hoping that the player can get to grips with the pace of the English game while on loan at Middlesbrough under the stewardship of former West Brom boss Tong Pulis, before returning to Manchester in the summer.