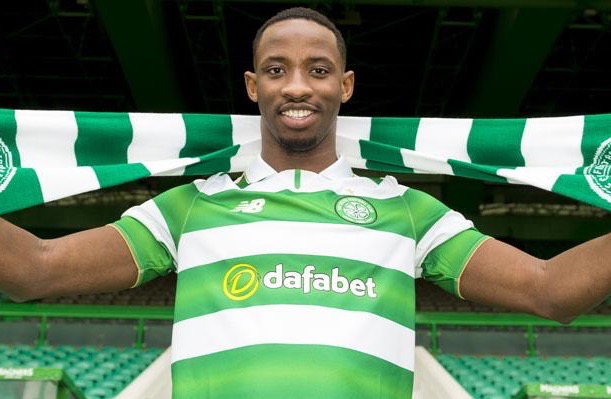 Scottish Premiership champions Celtic have completed the signing of Fulham striker Mousa Dembele it has been announced today.

The 19-year old has signed a four-year deal at Celtic Park after the club beat off competition from a number of Premier League and European clubs, including Tottenham Hotspur who were close to agreeing a deal for the striker back in January.

However, the young Frenchman has decided to move to Scotland where he becomes Brendan Rodgers first signing since taking over at the club last month.

It’s a massive thing to come to this club and to be Brendan Rodgers’ first signing is something unreal for me.

The manager told me that Celtic is a good team for me. When I come here I will have game-time but I have to show that I can stay in the team, and it’s a good way for me to progress here with a massive stadium and the fans and the city. Everyone lives for Celtic, and for me it’s unbelievable to play for a massive club like this.

I spoke to Patrick [Roberts] yesterday about the club and he told me good things about it but my mind was already made up.

As a young footballer you have get as much experience as you can to get to the next level and at Celtic I know I can win trophies and play European football, and it’s a massive club as well, so it feels good.

Last year I followed the Scottish league, so I know the Celtic team but I really need to get to know them when I get to Slovenia. I can’t wait to start training and playing football and getting to meet my new team-mates, and settle into the team. That’s what I’m looking forward to.

Celtic will hold a news conference tomorrow to officially unveil the striker.