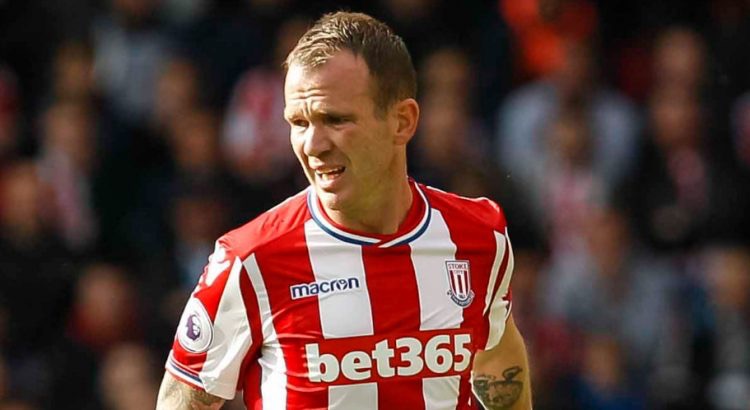 Aston Villa have officially confirmed the signing of midfielder Glenn Whelan from Stoke City, on a two-year contract.

Championship side Aston Villa have added to their summer signing spree, officially confirming the signing of Stoke City midfielder Glenn Whelan. The Republic of Ireland international has signed a two-year deal at Villa Park.

Whelan has spent almost a decade at Stoke City. He was part of the promotion winning side back in 2008, when the Potters were promoted to the top-flight. Whelan would go on to be a prominent feature in City’s Premier League side, for the best part of nine years.

Over the course of his nine year tenure at the Bet365 stadium, Whelan played 291 games for the Potters. Last season he made 26 league starts. However, following the signing of Darren Fletcher from West Bromwich Albion, manager Mark Hughes made it clear that he was not part of his plans for next season.

Upon signing for Villa, Whelan spoke to the club’s official website, stating the following:

“I am looking forward to working with Steve Bruce. I know he has a phenomenal record in achieving promotion to the top-flight and, having spoken to him at length, I am more than aware of how much he wants to get back there again with this great club.”

Aston Villa fans: Are you pleased with this signing? What can Glenn Whelan bring to your side? Let us know your thoughts.