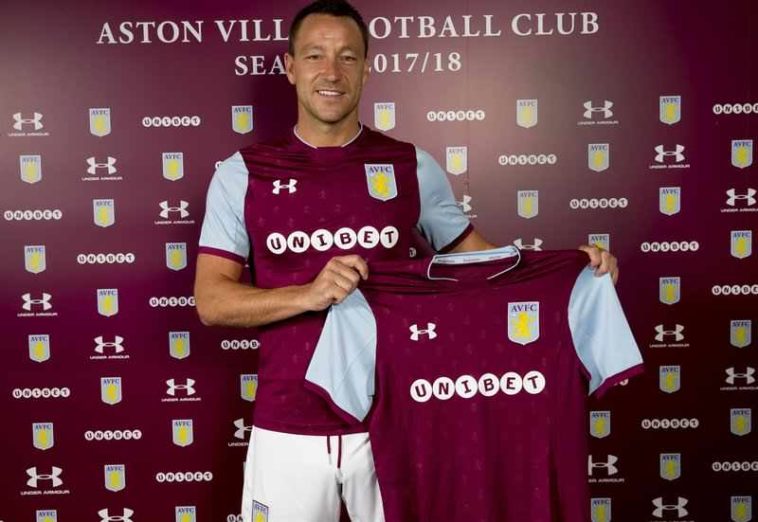 Former Chelsea and England captain John Terry has signed for Championship side Aston Villa on a free transfer.

The 36 year-old defender departed Chelsea last month, after his contract expired and was not renewed, ending a 19-year tenure at the West London club.

It has been reported that Terry has signed a one-year deal with the Midlands club.

Steve Bruce’s side are tipped for promotion in the forthcoming season. Now with the signing of Terry confirmed, there shall be an added hint of optimism around Villa park, with less than four weeks until the 2016/17 campaign kicks-off.

Upon signing for Villa, Terry stated the following on the club’s official website:

“It’s a club I have admired from afar for many years – there are fantastic facilities at Bodymoor Heath, Villa Park is one of the finest stadiums in the country and there’s a good group of players here, with an experienced and successful manager in Steve Bruce.”

Now entering the seemingly final days of his storied career, perhaps there is one more chapter to be written in the career of John Terry. An experienced veteran brings forth a ton of knowledge to the second-tier, which could most definitely pay dividends next season.

Aston Villa fans: How pleased are you with the arrival of John Terry? Are you confident ahead of next season? Let us know your thoughts.