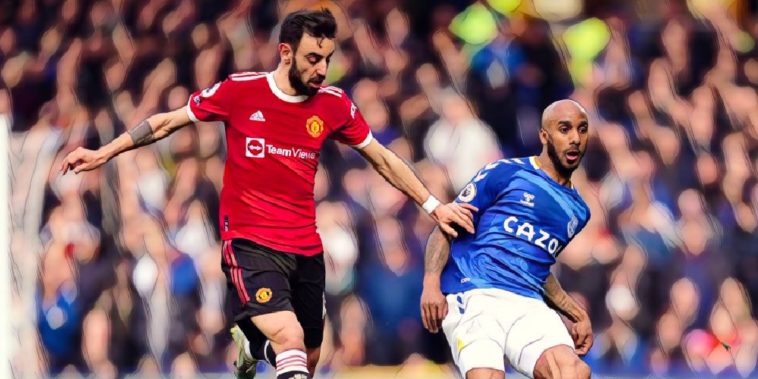 Manchester United’s dreadful season continues to go from bad-to-worse after the Red Devils latest mediocre performance ended with a 1-0 defeat away to relegation threatened Everton.

Everton were struggling to get a foothold in the game and just as groans of discontent became audible from the Goodison crowd, academy graduate Anthony Gordon gave the home supporters something to be happy about. The ball fell nicely to the 21-year-old boyhood Toffee and his curling effort from the edge of the area took a wicked deflection off United skipper Harry Maguire and flew into the net past a hapless David de Gea.

Man United pushed on in search of an equaliser in the second-half, but they lacked intensity and creativity despite Rangnick brining on Juan Mata and Anthony Elanga. Apart from a long distance effort from Paul Pogba and a last minute attempt from Cristiano Ronaldo – that Pickford saved well – United rarely looked like scoring and Everton held on for a deserved win.

The result sees United remain in seventh, four points off the top four with the teams above them having games in hand and speaking afterward interim manager Rangnick once again raised the issue of his side lacking physicality.

“It’s not only creativity,” Rangnick told BBC Sport. ”I think we had enough creative players on the pitch. It’s also about being physical enough in the final third, being physical and trying to score a goal. We didn’t have enough players in the box.”

When quizzed about his sides top four chances the German coach admitted hope is fading, while also bemoaning an injury to midfielder Fred.

“Difficult. As long as we don’t win our own games it doesn’t make sense to hope for good results from the other teams,” Ranging said.

“Fred had some muscular problems on his hip flexor. We already are without McTominay. Without both defensive midfielders it isn’t good for us.”