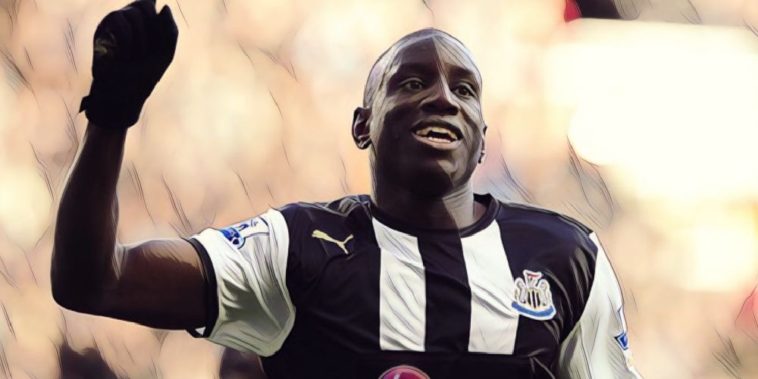 The recently-retired 36-year-old remains a hugely popular figure at St James’ Park, having become something of a cult hero during his two-year stay on Tyneside alongside fellow Senegalese striker, Papiss Cisse.

After moving from West Ham United in 2011, Ba went on to score 29 goals in just 54 Premier League games for the club, before making the switch to Chelsea in 2013, where he spent just a year-and-a-half before moving on to Turkish side Besiktas.

He would go to enjoy stints in China and Turkey, notably helping Istanbul Basaksehir to a maiden league title in the 2019/20 campaign, as well as scoring in a 2-1 win over Manchester United in the Champions League last season.

Having called time on his career following a brief stint at Lugano, Ba has recently been sharing his thoughts on the recent takeover of former club Newcastle, revealing he is ‘buzzing’ by the news, particularly due to the links with German coach Ralf Rangnick, who is rumoured to be in the running to replace Steve Bruce as manager or take on a sporting director role.

Currently the head of sports and development at Russian side Lokomotiv Moscow, it was the 63-year-old who took the forward to Hoffenheim from Belgian outfit Mouscron in 2007, helping transform the Bundesliga side into a competitive outfit, before repeating the feat as sporting director at RB Leipzig.

“I was lucky because I was already a fan of Paris Saint-Germain before their takeover, and I’ve been a fan of Newcastle since signing for them in 2011. No one can call me a glory hunter,” he said in an interview with The Athletic. “I’ve struggled all those years. Now I’m buzzing. I’m buzzing twice, actually.

“First, because of the takeover and secondly, when I read that they’re thinking of Ralf, I thought: ‘Oh, Newcastle are about to become something special.’

“When you see how he built Hoffenheim and RB Leipzig from scratch, taking on Bayern Munich and Borussia Dortmund, spending money in a way that creates value and leaving behind structures that will sustain the success for years to come, it’s crazy to think what he could do, starting from a much higher base at Newcastle.”

Ba also went on to praise the atmosphere that he experienced at Newcastle, as well as the ‘connection’ that he has with the club’s supporters.

“When you go to St James’ Park, through the tunnel and you turn around to see that massive stand, and you hear that noise for the first time, it gives you the chills,” he said. “It’s that feeling that I miss most since retiring from football last month.

“I have experienced other joyful times, especially at Besiktas, but the connection with the Newcastle supporters was so deep, the bond inside the dressing room so strong, and I scored many goals… it was the perfect combination.