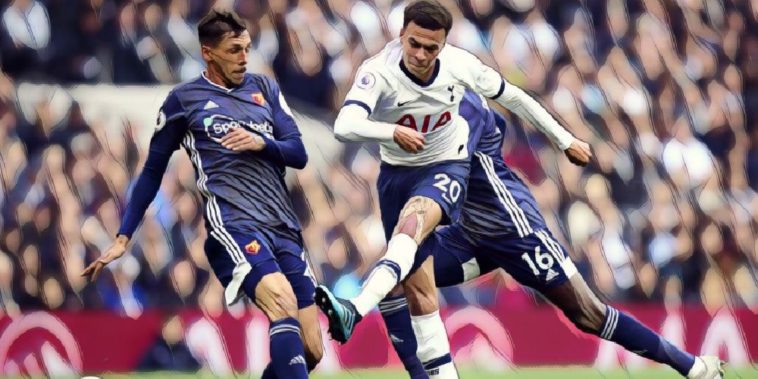 Dele Alli has admitted his ‘relief’ at seeing his late equaliser stand during Tottenham’s 1-1 draw with Watford.

The England international’s late goal rescued a point for Mauricio Pochettino’s side against bottom club Watford, though VAR once again caused controversy after confusing scenes surrounding the 23-year-old’s strike.

VAR initially appeared to disallow Alli’s goal due to a handball, though it was allowed to stand and salvaged a point for a below-bar Spurs.

Abdoulaye Doucoure had earlier given winless Watford a first-half lead, and Alli has revealed his relief at securing a late point at the Tottenham Hotspur Stadium.

“Of course it’s a relief. There were two times he [the referee] stopped it when he was making the decisions. We weren’t sure why,” Alli told Premier League Productions.

“We made it difficult for ourselves. We controlled the game and bossed possession. It was my first start and great to be back in the team but overall a disappointing result.

“We know we have a world class team so it’s about showing what we can do when things don’t go our way. It’s important we turn it around. We know how good we are, we just have to start showing it on the pitch.”