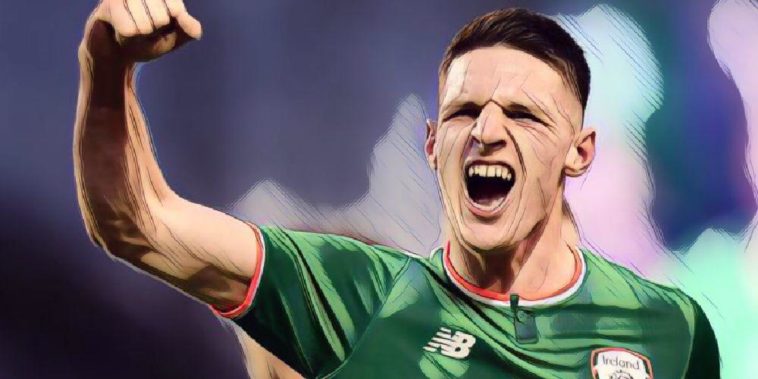 Declan Rice’s decision to pick England over Ireland is a symptom of the problems plaguing Irish football.

Do you want to know who’s probably laughing about the Declan Rice situation more than anyone right now?

If that revelation confuses you, let me explain: for years the IFA have developed developed young prospects, groomed into young men and future professionals, before they eventually declared for that crowd down south.

The talent drain was a drip that rapidly became a stream: James McClean, Darren Gibson, Shane Duffy, to name a few. So you can hardly blame the football people of the North for having a hearty laugh at the expense of the Republic for the same thing happening to them.

Of course, the transfer of those players in question is backed up by an international treaty, the Good Friday Agreement, which allows citizens of Northern Ireland to own a British or Irish passport, or both if they so choose. Politically, it is a different kettle of fish from Wednesday’s news.

But still, sympathy for Ireland will be scarce among our Northern brethren.

Scotland too, no doubt, will have a chuckle at our expense, having lost Aiden McGeady and James McCarthy to the Irish in the past. Ireland, you see, have quite a history of calling up players who were not born in Ireland. Some have represented other countries at a youth level, some have not. Both London-born Rice and Birmingham-bred Jack Grealish, for instance, played for Ireland all the way up through the ranks before turning their back on the green jersey.

Whether an Irish qualified player has come through the English, Northern Irish or Scottish system or not, it’s been an outright policy of the FAI to investigate every avenue possible. The difference here is, Ireland have never, to my knowledge, taken away a player from another country who had already acquired a senior cap.

It’s a strange quirk of FIFA’s rules that allow a player play as many international friendlies as humanly possible for one nation, but to also permit him or her to switch allegiance to another nation for which they qualify, so long as they haven’t featured in a competitive match. Rice had played in three friendlies for the Republic Ireland.

Whatever the rights and wrongs of this particular situation — and in all fairness, the West Ham midfielder was entitled to decide one way or the other — this should be a wake up call to the Football Association of Ireland.

For too long the sport’s governing body in Ireland has depended on other nations to develop players for them, unearthing British-born Irishmen, in some cases before the relevant football associations were even aware of them. The likes of Ray Houghton, Mark Lawrenson and John Aldridge come to mind. Coupled with the sheer luck of talented players popping up within our own borders — the Keanes Roy and Robbie, Damien Duff, Seamus Coleman — the Irish team did quite well out of it between the late eighties and early noughties.

As the recent, rather awkward rejections from Rice and Aston Villa’s Grealish show, however, you can’t depend on others forever. The English at the very least have finally copped on. The two latest converts are part of a concerted effort from former FA Director Dan Ashworth (he recently took up a position at Brighton) to investigate the possibility of acquiring dual nationals for themselves. It had never occurred to them before to do so, but times have changed. The first high profile target was Adnan Yanuzaj, now of Belgium, and continues today with Nottingham-born Scottish international Tom Cairney.

The FA recognised their own talent drain and are ensuring the stream leading out across the Irish Sea turns into a drip, one so small they won’t care what’s left over for the Irish. The tap will inevitably be shut off completely, save for the most Irish of Englishmen.

So what are the FAI going to do about it?

In the past few years the FAI have been steadily rolling out a Player Development Plan, which they hope will bear fruit in the coming years. Elite leagues at underage level have been devised, although the composition of clubs has been a bone of contention, as have the chosen age groups (they leap from U13 to U15 and U17, but not in between). This and many of the other implementations of the plan appear piecemeal and it’s not clear what the dividends will look like, but only time will tell.

One thing the FAI need to do is start producing more coaches of a higher quality. When it comes to the number of coaches per player, Ireland lags woefully behind other European countries. The FAI do not, unlike some other countries, subsidise the prohibitive cost of obtaining a UEFA A Licence, which is a problem. That is one thing, along with better facilities, that Iceland have invested in in the last decade with much success.

Better coaching directly results in better, smarter players who can move on to the next level and compete at a professional level. But it’s not the only thing in need of improvement, as followers of the League of Ireland will tell you.

These are the pillars upon which top level football nations live and die, without which a country cannot possibly expect to compete at major tournaments. The quality of the national team is often reflected in the quality of coaching and its league (the recent exception being Wales, but they have teams playing in the English Football League, so their own league is almost irrelevant in this case).

This is what needs to happen for Ireland to start producing their own footballers at an international instead of hoping and praying for the next Andy Townsend or Tony Cascarino. There will always be a place for those who qualify through the ‘Granny Rule’; Irishness cannot be defined by birthplace alone and keeping that link with the diaspora alive via sport is important. Players like Kevin Kilbane and Jon Walters felt more Irish than some people who grew up on this island.

Given the current circumstances, it is little surprise that the Ireland team suffers from a dearth of talent right now. With or without Declan Rice, that will continue into the future.