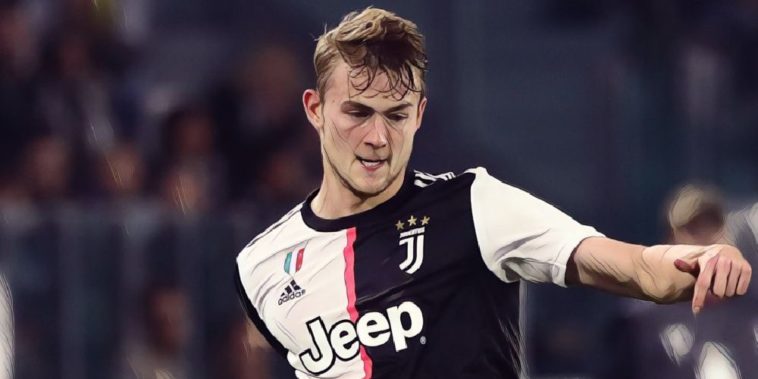 The Netherlands international was amongst the most in-demand players in world football last summer after an impressive breakthrough at Ajax, captaining the side to a domestic double and the semi-finals of the Champions League.

Manchester United, Barcelona and Paris Saint-Germain were all reportedly interested in a deal to sign the centre-back, though it was Juventus who won the race to secure the youngster who headed to Turn for a fee of around €75m.

De Ligt’s first season in Italian football has proven mixed, however, struggling to produce his best performances and being dropped by Maurizio Sarri, only to return to the first-team picture following a serious knee injury to Merih Demiral.

According to The Times, United are now monitoring the 20-year-old’s situation ahead of an audacious move to bring De Ligt to the Premier League, with Ole Gunnar Solskajer considering his defensive options as he continues his rebuild at Old Trafford.

United are expected to be busy in the summer market and could now launch a move for the defender, though it remains to be seen whether Juventus would be willing to part with a developing player after just a single season in Serie A.

Meanwhile, it has been suggested in the Evening Standard that United could offer wantaway midfielder Paul Pogba a return to the Allianz Stadium in a part-exchange deal for the Dutchman.