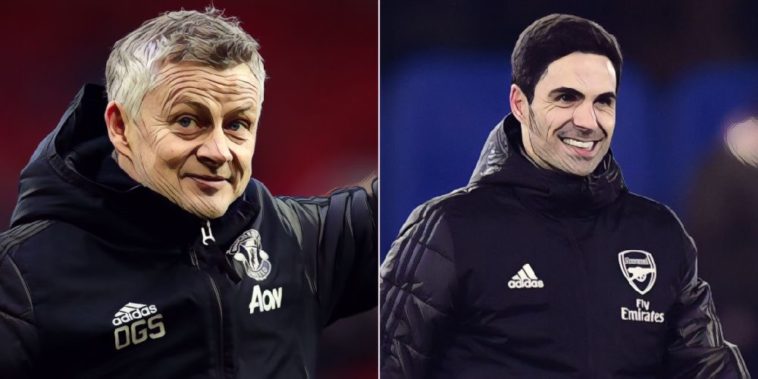 Robin van Persie has discussed the ‘rebuild’ required at former clubs Arsenal and Manchester United and believes the duo need to follow the example of Liverpool and Manchester City.

The former Netherlands international played an influential role in Manchester United‘s last title success in 2013, in what proved to be Sir Alex Ferguson’s final season in charge of the Old Trafford side before retirement.

Since then the Red Devils have appointed four different managers with limited success, and Van Persie admits the departure of the iconic manager has left a ‘great void’ that will take both time and patience to replace.

“A great void [was left when Ferguson retired]. Even Ryan Giggs didn’t know he was going to stop. Neither Scholes nor Ferdinand, even if they had worked for him for so many years, they had not seen it coming,” Van Persie told SoFoot.

“Just before signing, I asked him, ‘What are your plans? How many more years will you stay?’ He had told me that he planned to stay for at least three more years. For me, it was therefore a great disappointment, because I had signed to Manchester United for him. This is life, the coaches come and go, players are transferred … We must move forward.

“But when people saw Sir Alex Ferguson pulling out, everyone knew it was going to be very hard for the club.

“It is similar to the situation of Arsenal with the departure of Arsene Wenger. If a man prints a philosophy on such a long duration in a club, inevitably, at the time of his departure, he leaves a huge void. The club and the players need time to recover.”

Van Persie has discussed the need for continuity and stability when it comes to building success, citing the examples of Liverpool and Manchester City as sides who have given their projects time to develop.

The Dutchman says that United must take a patient approach when it comes to current manager Ole Gunnar Solskjaer, whilst urging similar advice to Arsenal as they continue their rebuild under the guidance of new head coach Mikel Arteta.

“Yes. It is not ideal to change managers too often. This complicates everything because each manager brings his ideas, his philosophy, his staff,” he added.

“But a big club like Manchester was under Ferguson, it is above all stability. If Manchester wants to recover, it must give time – a real chance – to Ole-Gunnar Solskjaer. If you change managers every two years, this is impossible.

“Ferguson’s early years in Manchester were difficult. The Manchester United of today needs to acquire a coherence as Liverpool knew how to create it these last seasons. For now, Liverpool and Manchester City are one or two notches too high for Manchester United. Why? Because they managed to build the collective feeling that they were going somewhere, in a very specific project.

“Manchester United is in the same situation as Arsenal, having to rebuild this project. With Mikel Arteta, I think the Gunners are starting something: it is clear in his speech, the players seem to adhere. If this feeling takes shape in the locker room of Arsenal, something could happen.”