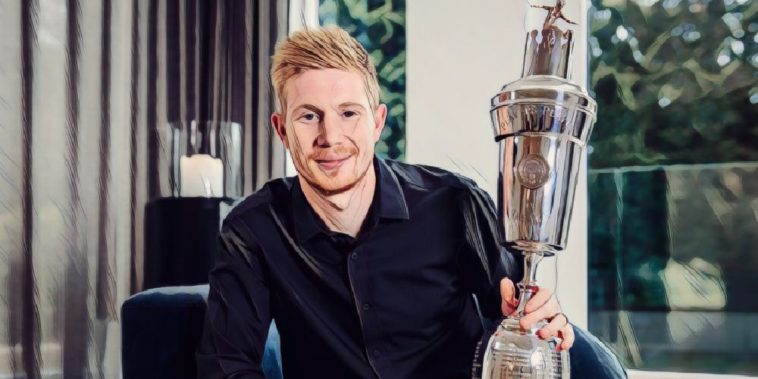 Kevin De Bruyne has made history after becoming the first Manchester City player to be named as the PFA Players’ Player of the Year, as champions Liverpool dominate the annual awards.

De Bruyne was recognised by his fellow professionals as the finest footballer in the Premier League despite a disappointing campaign for City, the Belgian the stand-out star in the division after an individual season that saw the midfielder score 13 goals and a record-equalling 20 assists.

Alexander-Arnold was named as the PFA Young Player of the Year after helping the Reds to a long-awaited title triumph, in addition to eclipsing his own record for most assists in a single season by a Premier League defender.

The 21-year-old finished ahead of a host of English youngsters to win the award, with the likes of Tammy Abraham, Mason Mount, Marcus Rashford, Mason Greenwood and Bukayo Saka included on the shortlist.

Alexander-Arnold and De Bruyne were also named in the PFA Premier League Team of the Year, with Liverpool predictably well represented, Andy Robertson joining the Player of the Year nominees to make it five inclusions for Jurgen Klopp’s side.

Burnley goalkeeper Nick Pope was named in goal following after finishing as runner-up for the Golden Glove, whilst Leicester were represented with centre-back Caglar Soyuncu and Golden Boot winner Jamie Vardy following their fifth-placed finish.

Pierre-Emerick Aubameyang was voted in attack alongside Vardy and Mane following another prolific season for Arsenal, and David Silva – perhaps sentimentally in his final season in English football – was included in midfield.

See also – Off you go: Remembering the 14 times a player has been sent off in a competitive match for England