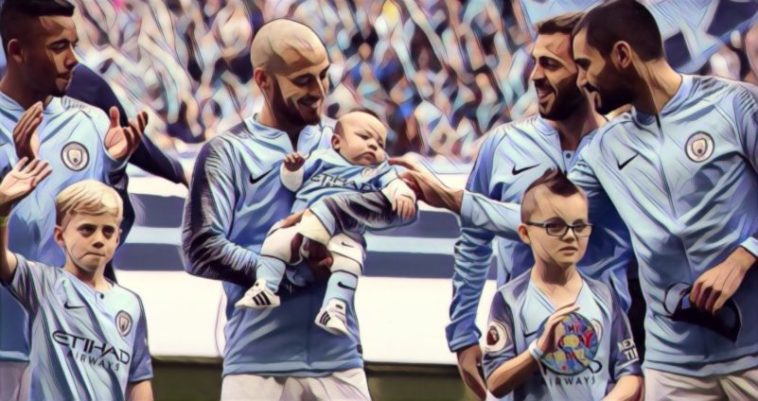 David Silva has finally confirmed that his days as a Manchester City player are numbered. He was once again reiterated his desire to play for his hometown club, Las Palmas, after his contract expires in 2020.

There are obvious reasons for this, and by the time the summer of 2020 arrives, he will thirty-four and in the twilight of his career. One thing is for certain though, he will leave behind a legacy at City, that few are likely to match.

In a recent BBC poll, he was voted, head and shoulders above the rest as the greatest Spaniard ever to have played in the English game. That’s quite an honour when you consider he is above the likes of Torres, Fabregas and Juan Mata in that list. It is a rightful acknowledgement of his wonderful ability and staggering contribution to Manchester City, a club he has helped take to the next level.

Sergio Aguero is the greatest player to ever play for Manchester City, he is a world class force of nature who has rightfully earned his place amongst the true legends of the club. However, David Silva deserves as much praise as the Argentinean for dragging City out of United’s shadows.

The Spanish midfielder is arguably one of the finest players his country has ever produced and if it wasn’t for the daunting presence of Xavi and Iniesta, he may have been talked about more as one of the true greats. His influence on Manchester City has been immense.

Hitting the ground running in 2010, the former Valencia midfielder quickly established himself under all three of the managers he has played under at City. Some pundits often debate whether smaller, slighter players from the Iberian Peninsula can adapt to the physical maelstrom of the Premier League. Silva had no such trouble.

His mobile, nimble presence coupled with his genius movement, allowed him to occupy the key spaces in many of City’s seemingly endless free flowing moves. Virtually every final pass was has been the right one and he has been a constant source of supply to City’s strikers season after season.

The evidence is there to show just how vital he is to their way of playing. Since 2010, he has created a staggering 640 goal scoring opportunites for his club, nobody has got near him in that time. Everton’s Leighton Baines is a distant second place with 456 in a similar number of seasons played at the top, reinforcing Silva’s status as the Premier League’s best creative player.

Despite these creative forces for City, he has not shied away from his goal scoring duties either. Sixty-two scored in eight seasons is a more than fair return for a man so creative and selfless.

Age catches up with everybody though and Silva also had to go through some pretty awful personal problems last season as his infant son battled poor health. These two things have probably made him reflect on his future and a return to his homeland is now on the horizon.

“I’ve always said that I’d like to play for Las Palmas – my local team. But we’ll see how things go in two years and take it all from there. I’d like Mateo to grow up where I’m from. That’s where I was brought up and I really hope he can have the same opportunities as I’ve had. I hope he likes sports and if he gets into football we’ll help him.” He told the BBC.

You’d be forgiven for looking at Manchester City’s midfield, with De Bruyne, Mahrez, Sane and Bernando Silva and saying that they are well stocked to deal with an ageing and want away star. However it’s never easy losing such a player at that level, no matter how many coins you have in the piggy bank. He is going to leave a massive hole in that midfield.

They will be able to recruit and throw money at the next best players coming out from the continent and beyond. However a player as good as Silva only comes along once every so often and with today’s meaningless contracts, they are unlikely to find get a decade’s worth of service from a player as great as David Silva ever again.