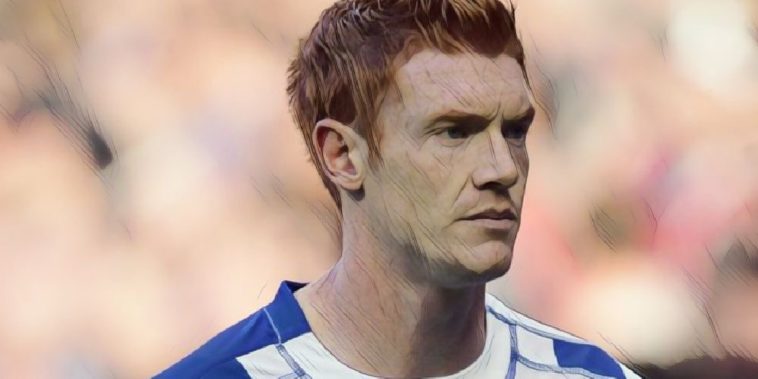 Dave Kitson’s bid to become the new chief executive of the PFA could come unstuck following a backlash among black footballers regarding his comments about the racist abuse received by Raheem Sterling back in 2018.

Sterling was the subject of abhorrent racial abuse from a small number of Chelsea fans at Stamford Bridge almost 18 months ago, with the Man City forward going on to accuse some sections of the media of double standards when portraying players, and essentially fuelling racism.

He pointed out how a headline in the Daily Mail about his City teammate, Tosin Adarabioyo, was titled: ‘Young Manchester City footballer, 20, on £25,000 a week splashes out on mansion on market for £2.25m despite having never started a Premier League match’; while a similar article about Phil Foden in the same paper simply said the midfielder bought a ‘new £2m home for his mum’.

However, former Reading and Stoke forward Kitson – who is now looking to represent professional players as the new head of the PFA – suggested at the time that Sterling’s use of social media had made himself ‘a target’ and that he had antagonised the public by showing off his lavish lifestyle.

“I do believe that players make themselves a target,” Kitson told talkSport. “Why Raheem Sterling? There are other black players on the pitch, every single week.

“I just think that we have a duty of care to ourselves as footballers, to be a little bit careful with social media, and the way we portray ourselves. Jealousy is an awful thing amongst the human race.

“I trawled through Raheem Sterling’s Instagram feed this morning to find that a lot of what he put on in his early days has now been deleted, and it was, ‘look at my cars, look at my house, look at this bathroom, look at this, look at that, look at me.’ And that’s going to antagonise people.”

He added that while there is “no excuse whatsoever for racially abusing somebody,” he then said: “but you sow a seed amongst people who are not racist, not to like that particular person, because they don’t want to see that in their faces every day”

Kitson – who is also thought to be the infamous ‘Secret Footballer’ – this week launched his manifesto to replace Gordon Taylor as the head of the PFA. However, Sanjay Bhandari – head of anti-racism campaign group Kick It Out – has told the Guardian that the organisation would be ‘deeply concerned’ about Kitson’s eligibility and ability to lead the PFA and represent it’s black players.

“The PFA are valued partners of Kick It Out. Anyone who has aspirations to lead the PFA in the future must have in mind the best interests of all players. Given Dave Kitson’s previous remarks, I would be deeply concerned about his ability to represent black players. He needs to win their confidence and I doubt he can do that.”

Unsurprisingly, Kick it Out aren’t the only ones to have doubts over his candidacy, with a number of black players also voicing their concerns about Kitson’s previous comments, comments which look all the more hypocritical when you look at his own social media posts.

Look at this rubbish. Same person now running to lead the PFA!!!! How can the PFA claim to take racism seriously when this is a candidate's views?? https://t.co/Pe2ZMemMPx

Not that I use the @PFA that often nowadays apart from the help with education, but if Dave Kitson gets any role in the union I won’t be using them at all. #fact 👎🏾

Things need to change in the PFA without a doubt. In my opinion though, Dave Kitson isn’t the guy I can see representing me, for obvious reasons. So, please don’t use my name to try and support what you’re doing because I am not backing it whatsoever! https://t.co/ybzxb7Shpe

See also – Moments that made the Premier League: The Tevez and Mascherano transfer saga