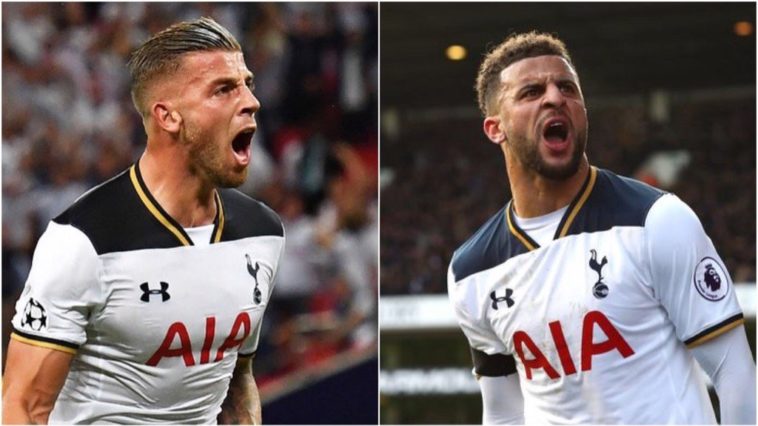 ‘Toby Alderweireld is the best defender in the Premier League’ I proclaimed in a recent article. Now, along with Kyle Walker, rumours are growing that he is on his way out of the club.

Reportedly, he is unhappy with the Spurs board’s reluctance to allow him a £25m release clause in his contract. Alderweireld joined Tottenham in 2015 and won Player of the Year at the club last year.

Apparently, Kyle Walker has fallen out with manager Mauricio Pochettino, and was benched for both the FA Cup semi final against Chelsea and the North London Derby against Arsenal, with Kieran Trippier preferred at right-back. He joined Spurs in 2009 and has scored 4 goals in 179 league appearances, and is featured in the PFA Team of the Year for this season.

Both Alderweireld and Walker have been ever-present in Tottenham’s brilliant defence this season, the best in the league at just 22 goals conceded. They’re both first-choice picks at the back for Pochettino, until recently when Walker has been dropped to the bench.

What if they left?

If they left, Tottenham would be left with Trippier at right back, and Kevin Wimmer, Jan Vertonghen and Eric Dier as their centre back options.

Vertonghen has been brilliant for Spurs this season, but Wimmer has seen little action. Dier has been shown to be far more capable in midfield than in defence. Without Alderweireld, they’d lose their most consistent and trustworthy defender.

Kyle Walker is a fearsome attacking threat as well as becoming a more than capable defender in the last few seasons. He is a strong, fast full back; his ability proven by Manchester City’s willingness to part with £50 million in exchange for him.

Tripper boasts a good delivery, his performance against Watford was testament to this. But Trippier lacks the strength and pace that Walker delivers, and isn’t as consistent, misplacing passes occasionally.

£50 million for Walker will give a big budget for Tottenham to replace him, but they would lose one of their longest-serving players in doing so. Less easily replaced will be Alderweireld, although there’s no doubt Daniel Levy would drive a hard bargain for his best defender.