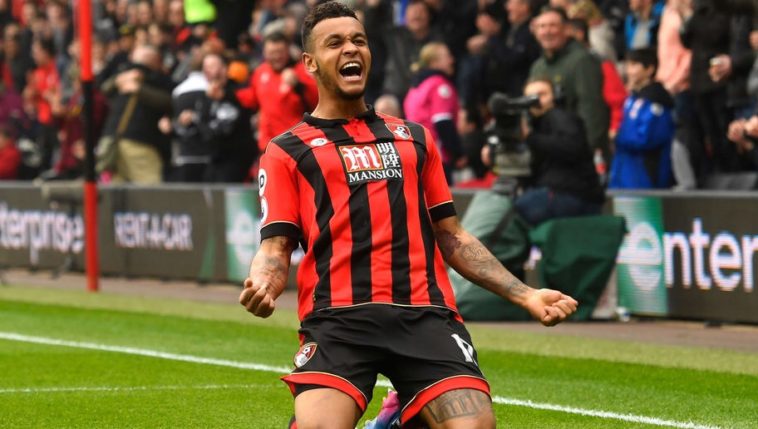 In form Premier League star Joshua King is flattered to have been linked with a move to Tottenham Hotspur.

The Manchester United academy graduate has hit a real purple patch of form in the Premier League in the last few months, form which has seen him be linked with a move to Tottenham Hotspur.

After only scoring 17 senior goals in his career to date, the Norwegian has almost doubled that tally in this season alone, having scored 15 goals for the Cherries this season.

12 of King’s 15 goals this season have come since the turn of the year, putting him as one of the most in form goal scorers in the Premier League.

Tottenham have been linked with a move for Crystal Palace winger Wilfred Zaha, however recent reports suggest that they have cooled that interest after Zaha chose to play for the Ivory Coast rather than England. That will mean that Zaha will miss several weeks of every other season due to the African Cup of Nations.

This has led them to look at other options which has drawn them towards King. Despite being Norwegian, King is classed as a home grown player after coming through the ranks at Man Utd.

When asked about the links to Tottenham, King told Norwegian publication Nettavise that he was ‘happy to be recognised’ but is focussed on his current job at Bournemouth.

“This is the first time I’ve heard of this,”

“I’m happy to be recognised, but I’m only focusing on the next three games.”

King still has three years remaining on the four year deal he signed at the beginning of this season, having signed from Blackburn Rovers the year before. He came through the academy at Manchester United, making just two senor appearance for the club.

Would Joshua King be a good addition for Tottenham? Should he stay at Bournemouth? Leave us a comment below.

If you are a keen or aspiring football writer and want to write about Bournemouth or Tottenham, join our writing team.