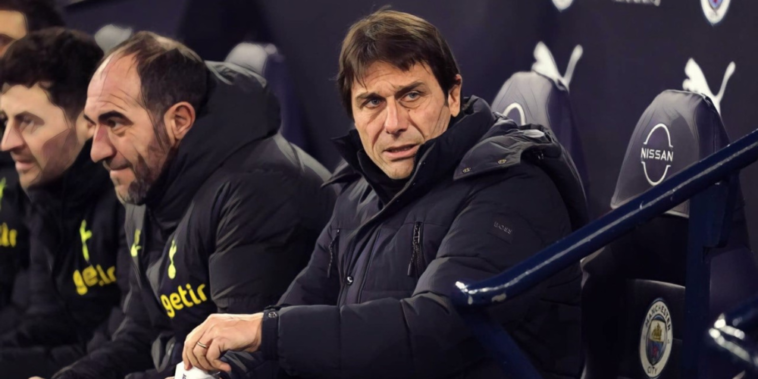 Antonio Conte has warned the Tottenham board that he has avoided making ‘dangerous’ demands during his time in north London.

Conte’s future at the club remains uncertain with the 53-year-old out of contract next summer, while recent results have been disappointing with Spurs having lost six of their last ten league games.

Spurs lost 4-2 at Manchester City on Thursday despite leading 2-0 at half-time at the Etihad, in a frustrating performance that continued the club’s poor record against the ‘Big Six’ this season.

Conte’s side are five points outside the Champions League places, having played a game more than Newcastle in fourth, and the pressure is building on the Italian to turn the club’s fortunes around.

Conte has been vocal in his frustration and desire for more investment at the club, but has warned the Spurs board that his demands so far have been little in comparison to those in previous roles.

“If I demanded the same level as at Juventus and Inter it could be dangerous, as my frustration could be very big,” Conte told reporters following the loss at Manchester City.

“Instead I know what is my task in this situation and then I’m working very hard because I want to improve. I want to improve the team and the club with my vision, with my idea, with my suggestions. Then for sure we see.”