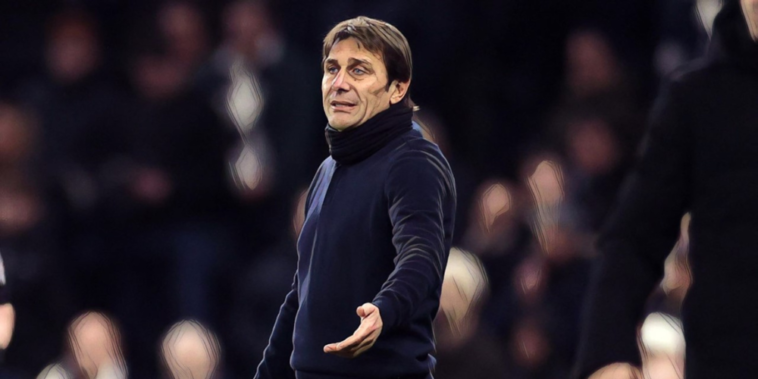 Antonio Conte has urged Tottenham to be ‘dreamers’ in pursuit of silverware after the club returned to winning ways at Fulham.

Harry Kane scored the only goal of the game to earn Spurs a narrow 1-0 win at Craven Cottage, as Conte’s side bounced back from defeats to Arsenal and Manchester City with a hard-fought win at their London rivals.

Kane’s goal came with a fine finish into the bottom corner and saw the 29-year-old score his 266th goal for Spurs, moving level with Jimmy Greaves as the club’s all-time record goalscorer, and Conte said he would like to help the striker lift silverware with the club.

“We are talking about a player who has fantastic abilities, incredible skills,” Conte said on Kane drawing level with Greaves’ goalscoring record. “For sure I’d like to help him try to do something important. To win something with Tottenham. He loves Tottenham. Tottenham is in his heart. It would be good if together we are able to win something.

“It’s important to have this record. But it would be more important if you lift a trophy. I think that we have to be dreamers. I spoke to the players and said today has to be a starting point for us.”

Conte believes his side have learned from recent defeats and has called on Spurs to continue improving in search of silverware.

The Italian has been critical of his team defensively and said the focus must now be on a ‘tough game’ as Spurs travel to face Preston North End in the FA Cup fourth round on Saturday.

“After defeats, you can learn much more than a win,” Conte said. “I think after the game against City and against Arsenal, it was important to make a good reflection with my players and to understand that maybe we lost something compared to last season. Not in attacking. But we lost something defensively. When I speak defensively, I want to talk about the whole team. I wanted to see the resilience, the desire, the will to defend the result.