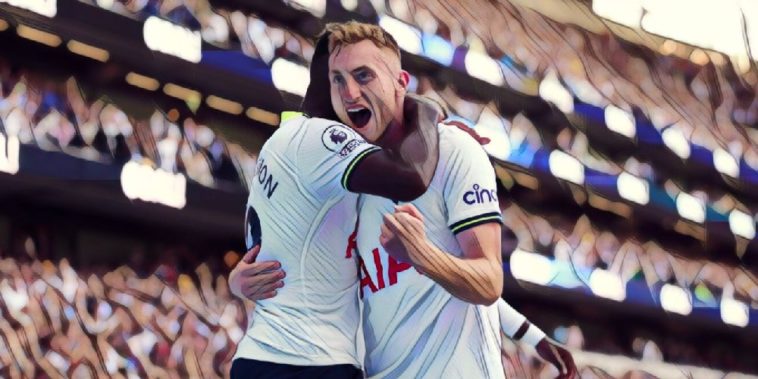 Tottenham kicked off their Premier League campaign with a resounding 4-1 win over Southampton.

Spurs actually fell behind in just the 12th minute thanks to a James Ward-Prowse volley, though levelled the scores just nine minutes later as Ryan Sessegnon headed home his first Premier League goal for the club.

Eric Dier headed his side ahead with his first goal in three years, before a Mohamed Salisu own goal and a Dejan Kulesevski strike wrapped up the scoring and secured all three points in the second half.

Speaking after the game, Antonio Conte was impressed with his side’s display.

“It was a good performance for the final result because we got three points but especially because we deserved to win,” he told Sky Sports. “We created many chances and I like the way we had the possession and the way he pressed very high and the way we tried to win the ball again when we lost possession. There were a lot of situations that we worked with on the team.

Having made seven signings so far this summer, Conte opted against starting any of them in this afternoons game, with the Italian going on to discuss the work he has done to improve the side after saying the squad he inherited was ‘really poor’.

“The message was very clear that we’ve signed new players to improve our squad because our squad was really poor last season and the Champions League spot was a big achievement.

“Our first goal was to improve the squad, not just players physically but also mentally.

“We wanted the right players for my philosophy and today I preferred to use players from last season because they are more reliable than new players because we’ve only spent two weeks with some of those players because of injuries and Covid.

“We’ve used common sense to pick the players that have the right characteristics to improve our squad. We have to work to improve and we have an ambition to make ourselves better than yesterday.

“Being happy or not happy was not the problem. It was finding a solution to playing four competitions – to do this you need a squad of 20-22 players and honestly last season was really poor in the medical aspect. We have improved that aspect.

“The club always pays attention – they have shown common sense, not only to spend money, but to get players with certain characteristics to improve the squad.”