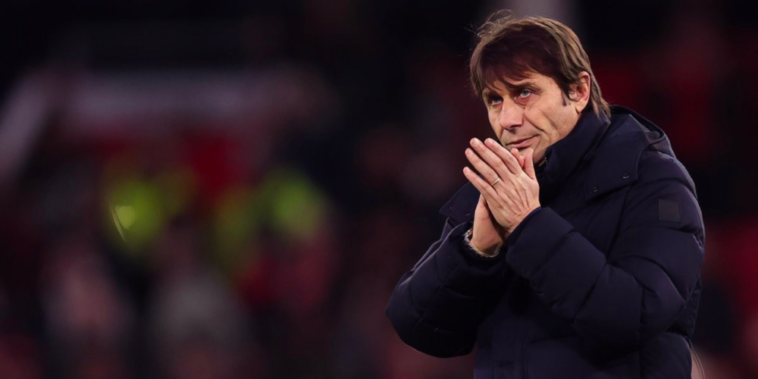 Antonio Conte insists a top four finish is ‘difficult’ for Tottenham due to ‘stronger’ teams at the top end of the Premier League.

Spurs are fifth in the division at present, three points behind Arsenal in fourth having played a game more than their North London rivals.

Conte’s side face Newcastle this weekend and are in search of a third consecutive league win as the club look continue their recent momentum and push for Champions League football.

Conte believes his side ‘have the possibility’ to secure Champions League qualification this season, but insists there are ‘four teams’ that are stronger than his side in the race for Europe.

”United is the team that in this season are struggling a lot. Last season it was Liverpool,” Conte told his pre-match press conference.

“There are four teams are stronger than the others. Chelsea, Liverpool, Manchester City and United.

“If you are asking me about our possibility of making the Champions League [when I took over] I’d have said very, very, very difficult but now I think we have to try and fight to the end. We have the possibility to reach this target.