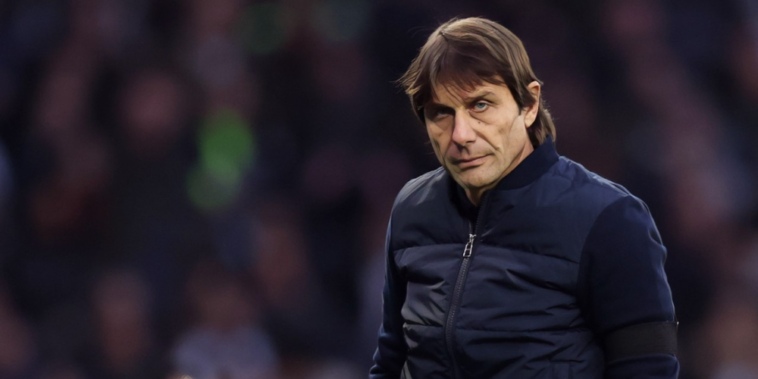 Antonio Conte’s future is in doubt after contract talks with Tottenham were put on hold.

Conte’s current contract expires at the end of the season and previous negotiations have so far failed to find an agreement over an extension. However, Spurs do possess an option to extend the Italian’s deal for a further season.

Conte has remained non-committal on a new contract and has voiced his desire for further investment at Spurs, who have lost six of their last ten league fixtures to drop out of the Premier League’s top four.

The Times are reporting that Conte and the club are keen to focus on turning immediate results around and have put contract talks ‘on ice’. Conte is keen to see the extent that he is backed in the January transfer window before deciding on a new deal.

Spurs are understood to have been ‘less than impressed’ with Conte’s comments in recent press conferences, in which he has voiced his frustrations.

The club are also facing an issue over the future of managing director, Fabio Paratici, who has been banned from working in Italian football for 30 months for his role in Juventus’ financial irregularities. FIFA and UEFA could yet extend his suspension worldwide.

Spurs face Fulham in the Premier League on Monday evening as the north Londoners look to bounce back from consecutive league defeats.

Conte’s side are six points adrift of the top four and the 53-year-old has called for improvement from his side, who have conceded more goals (31) than any side in the Premier League’s top ten.