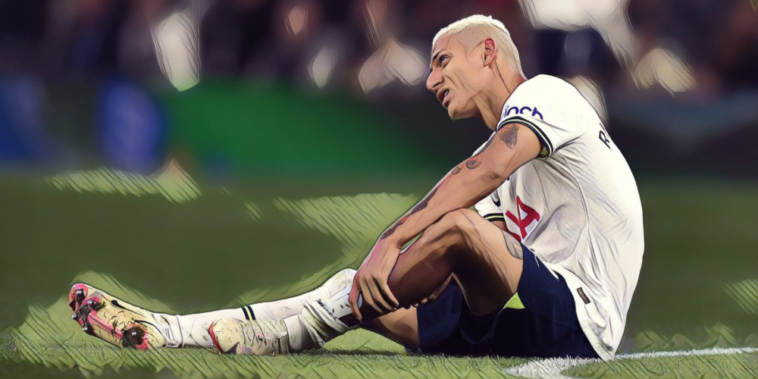 Antonio Conte has confirmed that Richarlison will not miss the World Cup and is hopeful the forward can return for Tottenham before the tournament next month.

Richarlison was substituted during the 2-0 win over former side Everton on Saturday evening and was later pictured on crutches, with initial fears that the 25-year-old’s participation at the World Cup was in doubt.

He is expected to form part of Brazil’s squad for the tournament in Qatar which begins next month, with the South Americans travelling to the World Cup as FIFA’s number one ranked nation.

Speaking ahead of Spurs’ Premier League trip to face Manchester United on Wednesday evening, Conte eased concerns over Richarlison’s injury and confirmed he expects the Brazilian to return before the season pauses for the World Cup.

“It’s an injury but not so serious. He has a problem in his calf,” Conte told his pre-match press conference.

“I think he needs a bit of time to recover and then to be fit. I hope for him to play other games with us before the World Cup but for sure the injury is not so serious.

“I’m happy for the player because to play in the World Cup is the dream for every single player and for this reason I am happy for him. Also we’re talking about a player that when he goes to play he gives you everything.”

Conte also provided an update on Dejan Kulusevski, who has missed the club’s past three league fixtures with a thigh issue.

“Kulusevski is working. We will see, we will see. We have to go day by day with him and the medical department are working a lot to try to recover him but we don’t know for the game against United.”