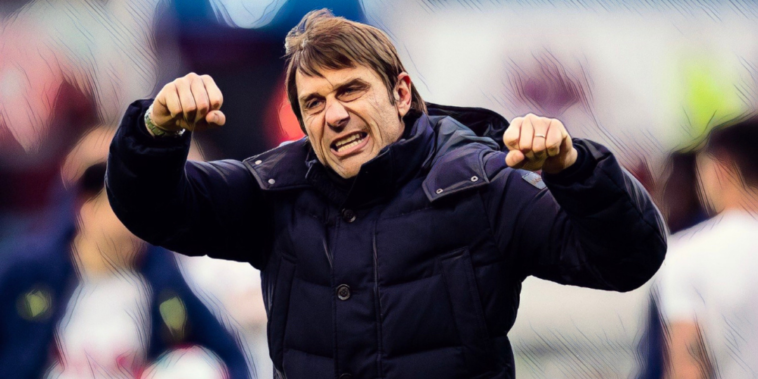 Antonio Conte has called for Tottenham to play without fear at Liverpool as the North Londoners travel to face the Champions League finalists this weekend.

Conte’s team travel to Anfield looking to keep alive their hopes of a top four finish, but face a difficult challenge against a Liverpool team unbeaten domestically in 2022 and in pursuit of all four major trophies.

Spurs drew 2-2 with the Reds in the reverse fixture and Conte has opened up on the test that awaits his side, urging his players to ‘not be scared of the pressure’ against a Liverpool side he believes are ‘are one of the best teams in the world.

“For sure, we know that in this moment Liverpool are in really good form,” Conte said at his pre-match press conference.

“I have watched the game against Villarreal and it was incredible the calm that the team showed in a difficult situation. They were 2-0 down and the atmosphere was very difficult. They are one of the best teams in the world with Manchester City.

Spurs have enjoyed positive results against the league’s leading sides this season, having taken six points from clashes with leaders Manchester City in addition to their December draw with Liverpool.

Conte outlined what he needs from his team ahead of the trip to Liverpool and believes facing more expansive sides suits the current ‘characteristics’ of his squad.

“I think when you play against these important teams it’s important that there is the great desire to everybody to find a way to stop these top teams. For this reason, against Manchester City it happened twice, and against Liverpool we drew at home.