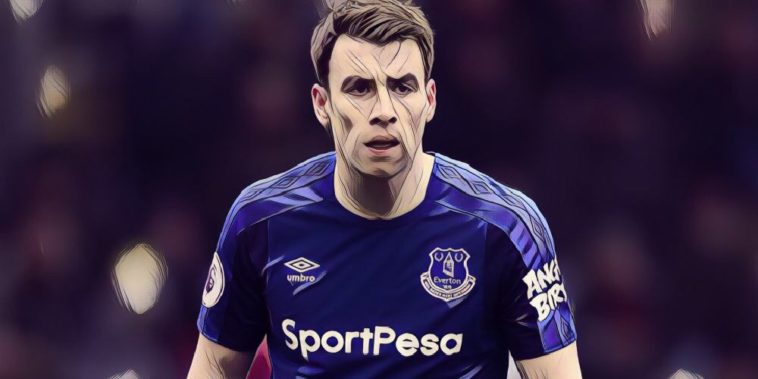 Seamus Coleman has said that Marco Silva has instilled belief in the Everton squad, and is encouraging them to play attacking football – no matter who the opposition is.

Everton got off to a difficult start to the season under their new manager, but recent performances have suggested that things are starting to come together at Goodison Park.

The Toffees were unlucky not to get a result against Arsenal last month in what was a highly impressive attacking display, and they followed that up with three wins on the bounce.

While they were beaten 2-1 at Old Trafford last weekend by a resurgent Manchester United, on another day, they could have walked away with a point or more.

Now, after having the life and soul sucked out of the club by Big Sam’s anti-football last season, Blues right-back Coleman has revealed that Marco Silva has re-instilled a sense of belief.

“The manager instilled a lot of belief into us prior to the game that we could come to Old Trafford and get something,” Coleman told evertontv. “That is what the manager is about – he is positive and believes we can do that.

“That is great for us as players. He does his job in the week to set us up to try to win these games. It is never a case of setting up for a draw – it is to go out and win at these big stadiums.

“We were disappointing at times on Sunday but at others we created chances and we could have got an extra goal [to the one we got].

“It is an exciting time for the Club. The manager is very positive and always wants us to play on the front foot and it is very exciting.

“But we have to pull our socks up and make sure we are at it every week. Hopefully then we can have a very good season.”