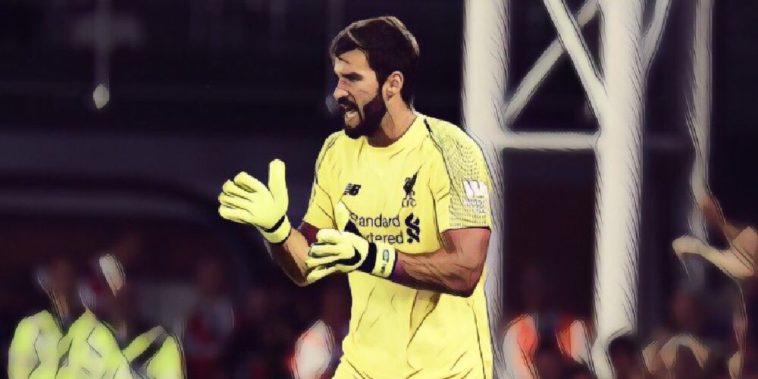 Liverpool goalkeeper Alisson Becker is refusing to get carried away by his sides’ excellent start to the season, saying it is simply too early.

Liverpool have equalled their best ever start to a Premier League season, winning eight of their opening 10 league games as their unbeaten start continues.

Despite that, they are still sitting in second place, level on points with Man City, although the reigning champions have already opened up a huge advantage in the goal difference column.

While many are tipping Liverpool to push the Citizens all the way in the title race and potentially land their first league title in 29 years, the £67 million goalkeeper has said it is far too early to be getting carried away with their form so far.

“It’s a really important season for us, one of high expectations,” Alisson told LiverpoolFC.com.

“There are already high expectations on us given our quality, and we have demonstrated this with only one defeat in the Champions League and we are unbeaten in the Premier League having achieved important results.

“So I definitely believe that we’re on the right track but it’s too early to get excited; we have to keep our feet on the ground. We know it’s going to be really difficult this season given the quality of the other teams and we know how difficult it is to win this league.

“We have to fight a great deal, taking it game by game and step by step to do everything right and continue on the trajectory we’re on at the moment.”