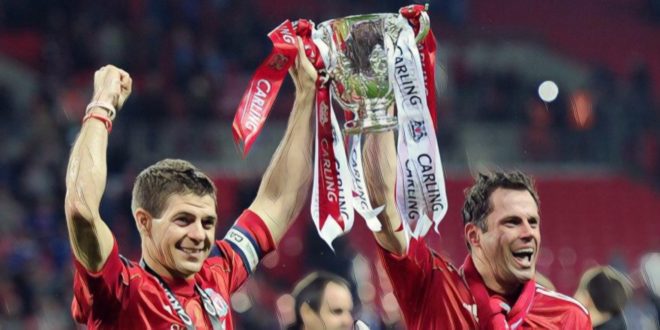 The five most successful sides in English League Cup history

The League Cup has reached the semi-finals stage as we prepare for for the first legs the last four ties this week, beginning with an eagerly anticipated Manchester derby tomorrow night before Leicester and Aston Villa renew Midlands rivalries at the King Power Stadium the following evening.

Each of the four sides remaining in the competition have tasted success in this tournament before, but where do they rank amongst the most successful sides in League Cup history?

Roman Abramovich’s takeover of Chelsea in 2003 helped transform the west London side into perennial contenders for major silverware, with the club winning three League Cups since the Russian’s billionaire investment at Stamford Bridge almost two decades ago – success under Jose Mourinho in 2005 their first piece of silverware of the new regime.

Runners-up last season, their latest success came with a final victory over city rivals Tottenham in 2015, John Terry and Diego Costa scoring the goals in a 2-0 win that saw the Blues lift the trophy for the fifth time.

Previous successes in 1965, 1998, 2005 and 2007 put the club amongst the most successful in the competition’s history, with only two sides having lifted the trophy on more occasions.

Could Aston Villa add to their collection this season?

Dean Smith’s side are the outsiders to lift the trophy ahead of the semi-final meetings, though the club have a proud history in the League Cup and have tasted success on five occasions previously.

This year will mark 24 years since the Midlands club last won a major trophy, their last piece of silverware being this competition when beating Leeds United in the 1996 showpiece at the old Wembley, Dwight Yorke amongst their scorers.

The most successful club in English football history has not always shared the best of relationships with the League Cup, the club’s first success in the competition not coming until 1992 with victory over Nottingham Forest.

It would be another fourteen years until the Red Devils lifted the trophy again, though fortunes have improved in modern times with three further victories since 2009.

Their latest triumph came courtesy of a match-winning double from Zlatan Ibrahimovic in the 2017 final to beat Southampton, Jose Mourinho winning the trophy for the fourth time as manager over spells with both Chelsea and Man United.

The club will now hope another name can make their impact, when they meet holders and rivals Manchester City in the first leg of their semi-final this week.

Manchester City have emerged as the dominant force in English football over the course of the past decade, and their record in the League Cup is one to admire in recent seasons.

The club have tasted success on four occasions in the past six editions, adding to earlier successes in both 1970 and 1976 to take their haul to six – the second most of any side in history.

Winners of the tournament for the past two years, Pep Guardiola’s side will now hope to lift the trophy for a third consecutive campaign, having defeated Chelsea on penalties in last season’s showpiece.

Standing in their way in the last four are local rivals United, who would love nothing better than to stop their winning run.

The record winners of the English League Cup are Liverpool, the Merseyside club having featured in a record 12 finals and emerged victorious on eight of those occasions.

Their run to their landmark total began with four consecutive successes during the 1980’s, Bob Paisley leading the club to three of those before successor Joe Fagan added a fourth, the club later adding further trophies in 1995, 2001, 2003 and 2012.

Eliminated in the quarter-finals this season after fielding a youth side against Aston Villa due to Club World Cup commitments, their record is safe as the most successful side in the tournament’s history for this season at least.

Read Also – Best of the 2010’s: The five most iconic football matches of the decade