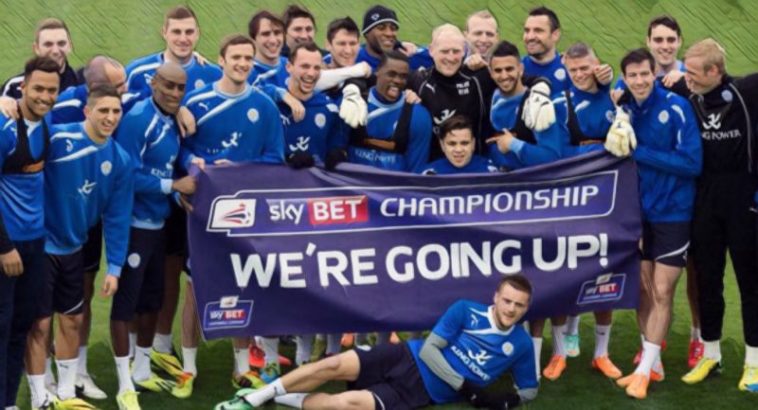 Promotion. A jubilant celebration and reward for a season of success in the second tier, as club’s reach the promised land of the Premier League and the riches of top-flight football.

The annual rat race to reach English football’s top tier makes for some of the most exciting run-ins domestic football can offer, with several teams having achieved the feat on more than one occasion during yo-yo existences between the country’s top two divisions.

The north East side have enjoyed a storied Premier League career since the division’s rebranding in the early nineties, bouncing between the top two divisions and taking in cup finals, exotic signings and memorable European adventures.

After being promoted ahead of the inaugural Premier League season, Boro would fade dismally after a bright start to earn a swift return to the second tier, only to regroup and return under the stewardship of Bryan Robson in 1994/95.

Despite lavish spending including the arrivals of Juninho, Emerson and Fabrizio Ravanelli, their stay would once again prove short-lived, Robson’s side relegated after a two season stay – a three point deduction for postponing a fixture against Blackburn proving costly as they were relegated by just two points.

The club’s yo-yo nature would be at its height around this time as instant promotion was once again won, though consolidation was finally secured following the backing of chairman Steve Gibson as Boro would remain a Premier League outfit for the next decade.

Relegation in 2009 would be following by a brief one season return in 2016/17, though the club have spent nine of the past ten seasons in the second tier and face a rebuilding job if they are to return in the near future.

Crystal Palace would swap divisions three times during the opening three seasons of the Premier League, losing their top flight status in its inaugural season before earning instant promotion and a second relegation over the next two seasons.

After two years spent in the second tier, the Eagles would return with promotion in 1996/97, David Hopkins scoring a stunning last minute winner to send Steve Coppell’s side up in dramatic fashion via the play-offs.

Unable to preserve their Premier League status again the following year, several seasons would be spent rebuilding before play-off success earned another shot at the big time, Neil Shipperley’s goal enough to beat West Ham at the Millennium Stadium in Cardiff.

Despite Andy Johnson’s 21 league goals a third instant relegation would follow, however, the forward the highest scoring player ever to suffer relegation from the Premier League.

Again it would take several seasons before Palace returned to the top level, but Glenn Murray’s goals carried Ian Holloways’s side into the play-offs in 2012/13, where a penalty from veteran forward Kevin Phillips saw the club promoted by beating Watford at Wembley.

Now established as top-flight outfit for the past six seasons, no side can better Palace’s record in the second tier play-offs in the Premier League era – the Eagles having navigated three successful play-off campaigns.

Having spent seven seasons outside of the top flight following relegation in 1987, Leicester would return to the big time with promotion to the Premier League in 1993/94, fan’s favourite Steve Walsh returning from a lengthy injury to score both goals in the play-off final success over Derby at Wembley.

The Foxes would bounce between the divisions over the next two seasons, suffering an instant relegation before bouncing back once more the following year.

A six-season stay in the Premier League would be brought to an end after finishing bottom in 2002, the club again bouncing between the top two tiers with two relegations sandwiching a promotion in the space of three seasons.

It would take ten years for Leicester to return, even dropping into the third tier, but having returned would survive the drop in their debut season, before their stunning, improbable run to the title in 2016.

Arguably one of the best run clubs in the Premier League, it looks unlikely the Foxes will be adding to this particular record any time soon.

Sunderland may be languishing in the third tier at present, but the North East side have been top flight regulars in the past, the club having secured four promotions to the Premier League.

Remarkably, each of those promotions has come after winning the second tier title, though twice the Black Cats have suffered an instant relegation after regaining their place in the top flight.

Their most recent promotion under Roy Keane would see the club consolidate their position in the Premier League, spending a decade at the highest level before back-to-back relegations left the club in League One and playing third tier football for the first time since the late eighties.

Unlike some on this list, Sunderland will hope to add to this record in the near future, the club currently building under the guidance of Phil Parkinson after losing the League One play-off final to Charlton last season.

Arguably the yo-yo club of modern times, West Brom would earn their first promotion into the Premier League in 2002, before bouncing between the divisions over the course of the next decade.

Between that first promotion and 2010, the Baggies would achieve three further promotions and three relegations, the loyalty of their long suffering fans being tested to its limit.

Their first venture into the Premier League would prove a one season stay, only to bounce back immediately as second tier runners-up.

Despite becoming the first team in Premier League history to survive relegation after being bottom at Christmas the following year, their stay would again prove brief as they once more dropped into the Championship in 2006.

Two more promotions and one relegation would be experienced before a relative period of stability, West Brom spending eight seasons in the Premier League before finishing bottom of the pile in 2018.

Amongst the favourites for promotion again this season, Slaven Bilic’s side have a real chance of owning this record outright at the end of the campaign.

After competing for the Premier League title in the inaugural season of the division, Norwich would endure a sudden slide into the second tier two years later where they would remain until promotion as winners of Division One in 2004.

An instant relegation would follow despite the best efforts of a side containing the likes of Dean Ashton and Darren Huckerby, Norwich spending six years out of the top flight, even dropping into the third tier before back-to-back promotions under Paul Lambert.

The Canaries would spend three seasons in the Premier League before once again being relegated, before rebouding between the divisions over the next three seasons, their third promotion coming via a play-off final victory over Middlesbrough in 2015.

Winners of the Championship last season, Norwich secured their fourth promotion to the top flight but look on course for another brief stay, Daniel Farke’s side currently rooted to the foot of the division.