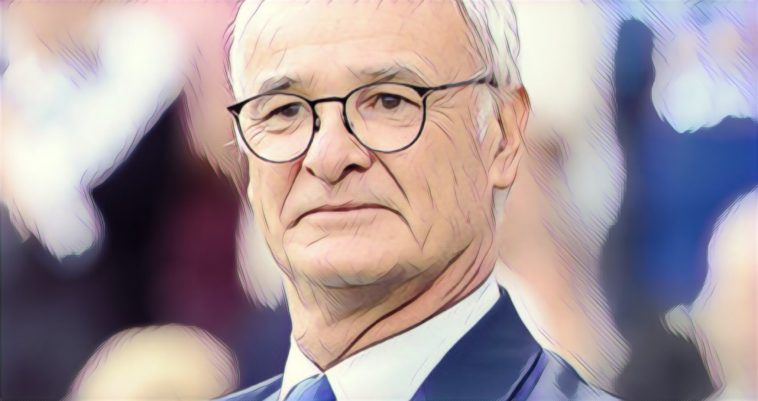 He’s back. The man, the myth, the legend that is Claudio Ranieri is back in the Premier League after replacing Slavisa Jokanovic as Fulham manager.

The former Chelsea bosses appointment as Leicester City manager in the summer of 2015 was derided by many, but the charismatic Italian coach would respond in the best possible way when his Foxes side shocked the sporting world by winning the 2015/2016 Premier League title – despite starting the season as 5000/1 shots.

Not only did his Leicester cause the biggest upset in footballing history, Premier League fans fell head over hells in love with Ranieri’s unique mix of humour and humility. Here are 15 of Mr.Dilly Ding Dong’s greatest quotes…

“One beautiful day, a radiant day, Mr Abramovich introduced himself to me and said I should put a shopping list together.” After Roman Abramovich’s Chelsea takeover in 2003.

“Damien is Damien. When I don’t put him in the squad my mother, who’s 84, asks ‘why isn’t Damien playing?’ She kills me about it and that’s true.” On his mother’s love for former Chelsea winger Damien Duff.

“They showed good stamina and good vitamins and they continued to work hard. I was mad at the end. I was mad with joy.” After Chelsea qualified for the semi-final of the Champions League in 2004.

“I can’t change now. I’m like Frank Sinatra – I always do it my way. I told the players everything I did in the Monaco game was wrong. I changed things to win the match – but we lost and I was thinking “Oh f***, Claudio, why, why? Bad Tinkerman!” After Chelsea lost in the semi-final of the Champions League against Monaco.

“I must say thank you to the media because you do a great job now. Before you kill me! That crazy man! I give you a good espresso. A small one. I am Scottish man!” When rumours began to circulate that he would be sacked by Chelsea.

“We were told that being a manager was like parachuting – sometimes the chute doesn’t open and you splatter on the ground.” On life in management.

“My team is like an orchestra. To play the symphony correctly I need some of the boom boom boom, but I also need some tweet and sometimes the tweet and boom go well together. Sometimes all you can hear is the boom, sometimes only the tweet. That is not good music.” On his title winning Leicester side.

“I am happy when our fans are happy, when our players are happy and our chairman is on the moon.”

“I told them, if you keep a clean sheet, I’ll buy pizza for everybody. I think they’re waiting for me to offer a hot dog too.” The novel way Claudio encouraged his Leicester team to tighten up at the back.

“From the beginning when something was wrong I’ve been saying: ‘Dilly-ding, dilly-dong, wake up, wake up!’ So on Christmas Day I bought for all the players and all the staff a little bell. It was just a joke.”

“This is not a footballer. This is a fantastic horse.” On Jamie Vardy.

“I pay for pizza, you pay for the sausage. I am the sausageman.” After a butcher in Leicester made a sausage in his honour.

“He’s a crazy man.” When asked to describe Claudio Ranieri.

“Robert De Niro would be good!” On who he would like to play him in a movie if his life.