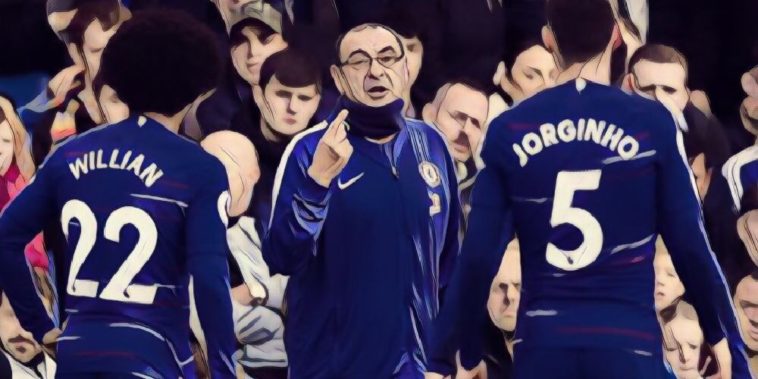 Former Chelsea left-back Graeme Le Saux has said that the football that Maurizio Sarri’s side are producing is ‘a joy to watch,’ as the Italian brings his exciting brand of football to Stamford Bridge.

Sarri of course only arrived at Chelsea this summer, bringing with him his famed ‘Sarri-ball’, replacing the more pragmatic style of his predecessor and fellow Italian, Antonio Conte.

While Sarri will be the first to admit that the team haven’t fully adapted to his style of play, with the defence still showing signs of vulnerability, the Blues are the only team in Europes top five leagues to still have an unbeaten record in all competitions this season.

Last weekends draw with Everton sees them sitting in third place in the Premier League, four points behind leaders Man City, but former left-back Graeme Le Saux couldn’t be happier with the style of football that has been on offer at Stamford Bridge so far this season.

“It’s been fantastic. What I love, and I hope I don’t blow it now, is that the team are slightly under the radar compared to others,” Le Saux said in an interview with the official Chelsea website.

“With the work Maurizio and his staff have been doing, you have to give them credit, and the players as well because when the turnover of managers is high, the players are able to put that to one side and focus on the next project and style.

“The team have been playing really exciting football, the new signings seem to have settled in well and I just love watching a team fulfil its potential and individual players playing at a level where you can enjoy it and the team are a joy to watch.

“It’s great to see Franco Zola back involved as well and I keep telling him if he needs somebody to translate from his English into English, I’m there for him!”