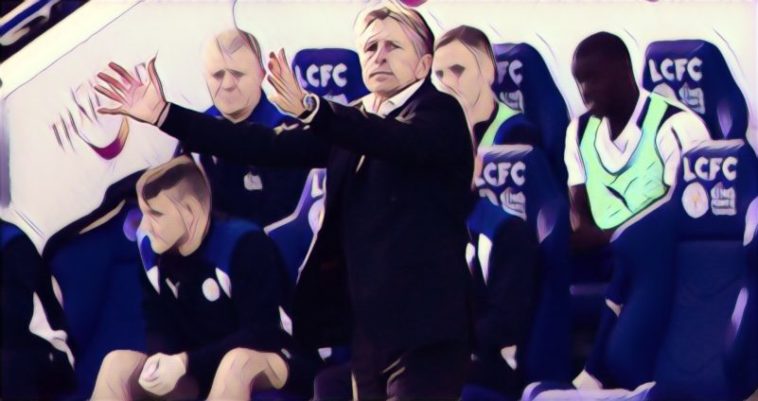 Claude Puel has a history of doing just fine at every club he manages, yet he is often the subject of scrutiny, at the centre of player unrest, and is currently the favourite among Premier League managers to get the sack.

Following Leicester City‘s shocking 2-1 loss to League 2 side Newport County this past weekend, the spotlight was immediately shined on the manager’s team selection for the FA Cup third round tie.

Claude Puel dropped England internationals Jamie Vardy, Harry Maguire and Ben Chilwell from the squad altogether, but insisted “we had enough quality on the pitch to qualify.”

That wasn’t much consolation to the Leicester fans – making a near 300 mile round trip for the game – who jeered him relentlessly as he walked by them towards the media to offer his excuses.

The Frenchman was similarly under pressure after he dropped Vardy for the League Cup quarter-final against Manchester City, which they lost narrowly on penalties. At that point the club had only won two of its last twelve games, although it was still in little or no danger of being dragged into a relegation battle. The frustration at not gunning for cup glory was assuaged somewhat when it was followed up by league victories over Chelsea away and Man City at home.

Puel was vindicated, all was well.

At least temporarily anyway, as that was then followed up with a loss to a visiting Cardiff side battling relegation. Even if the Foxes have won three of the last four in the Premier League, that’s hardly a great sign. The Newport defeat was proof positive of that.

While Puel has never done disastrously at any of his teams, he is routinely haunted by rumours of dissension in the ranks and the impending threat of a P45 landing on his desk come Monday morning. At Southampton the side’s form lost its arse in the final few months of the season as the dressing room became increasingly loathe of his ways. Stuart James of the Guardian reported in December that he is now having a similar effect on his Leicester players.

This is a reoccurring theme despite the fact he’s done just about as well as can be accepted at each club. Puel was one-and-done in 2016/17 with the Saints despite bringing them to the League Cup final and finishing a perfectly acceptable eighth. After joining the club in October last season to steady a poorly performing side, he guided Leicester to ninth in the Premier League table, yet his job was under pressure in the final weeks of the campaign.

“Seventh or eighth is the reality,” was his response to the murmurings.

Maybe that is part of the problem with Puel. Throughout his time in English football he has hit par, meeting expectations almost head-on. Fans of mid-table clubs are not fond of “the reality” however, because it’s boring, even if they would take a top-half finish before the season started. There’s no glory in that; no satisfaction in beating relegation, no hope of breaking into the upper echelon. That’s why resting players for cup games stings.

There could hardly be a better reflection of Puel, the only man capable of making beige look exciting. Like many of his managerial compatriots, he embodies an uninspiring French pragmatism that can garner results while producing unenticing football.

Oft-critiqued for an overly negative style of play, Puel is something of a tactical ace, however. Against Chelsea he was able to figure out a way to shut down Jorginho, who was taken off with 15 minutes to go by Maurizio Sarri, thus nullifying Chelsea’s creative spark. Man City were similarly impotent against the Foxes, falling foul to the counter-attack in a 2-1 loss for which the manager game-planned to perfection.

The players are apparently not entirely enamoured with the training sessions he puts them through to get to this point though, and it’s unclear why they fall short in so many winnable games. The current season has been pot-marked with disappointing draws with West Ham, Brighton, Fulham and Burnley, on top of a frustrating loss to Crystal Palace.

Like Dusan Tadic at Southampton, it appears as if Puel has fallen out with the best player at the club. Jamie Vardy has only scored seven goals this season, and in December the English striker openly admitted that the manager’s conservative approach was hindering his goal-scoring opportunities.

Player unrest is something the Leicester hierarchy will be keen to avoid, and they will have no qualms about relieving the manager of his duties in order to restore calm to the dressing-room. This is the club that sacked Claudio Ranieri after all.

One imagines they are even more keen to keep a sense of stability in the organisation though, having had three different managers in three years after having just one for four years in the form of Nigel Pearson. Getting on the manager carousel is a risky business, and there’s no guarantee that what you’ll get is any better than what you had. Just ask Southampton.