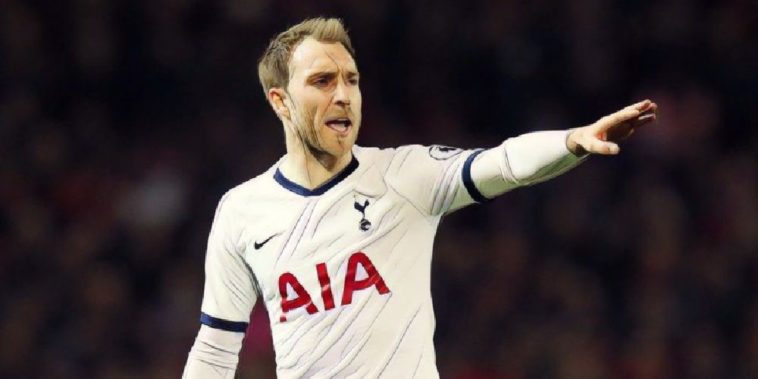 Jose Mourinho has urged wantaway Tottenham star Christian Eriksen to ‘leave with his head up’, with Inter Milan said to have made a cut-price bid for the midfielder.

The Danish international has entered the final months of his contract at the north London side and has expressed a desire to leave the club, with a host of Europe’s leading sides monitoring his situation ahead of a potential free transfer signing.

Eriksen played the full 90 minutes as Spurs booked their place in the FA Cup fourth round with a 2-1 replay victory over Middlesbrough last night, and Mourinho has now urged the 27-year-old to ‘leave with his head up’ after what could prove to be his final appearance for the club.

“He played very well, very professional which is what I expect from him,” Mourinho told his post-match press conference

“If his decision is to leave I think he has to leave with his head up, if he gives everything which is what he tries to do for the team.”

According to the Guardian, Italian giants Inter are aiming to steal a march on the competition by securing the playmaker in a cut-price deal this month. The Serie A leaders are believed to have made an offer in the region of €10 million (£8.5m)to secure his services, and chairman Daniel Levy may now seek to cash in to avoid losing the player for nothing at the end of the season.

Elsewhere, the Mirror say Paris Saint-Germain have joined the race for the former Ajax star. The Ligue 1 champions have been monitoring developments in recent weeks and are now set to make their move, Thomas Tuchel’s side keen to strengthen as they seek a maiden Champions League title this season.

Spurs confirmed their first arrival of the window earlier today, Benfica’s in-demand Gedson Fernandes arriving on an 18-month loan deal with an option to buy to bolster the club’s depleted midfield options.