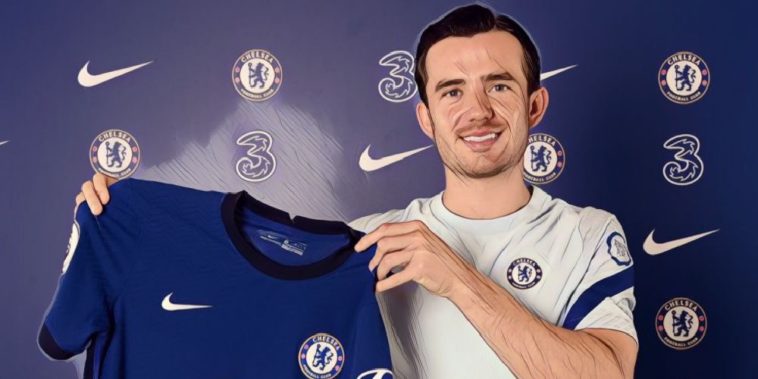 Ben Chilwell has explained why his transfer to Chelsea is the ‘perfect’ move for his development after the England international completed a £50m move to Stamford Bridge.

Chilwell becomes Chelsea’s third major signing of the summer after completing a big-money move from the Leicester, the 23-year-old having been identified by Frank Lampard as the ideal player to solve the club’s issues at left-back.

The arrival of the Foxes’ full-back continues an impressive summer of recruitment in west London with Chelsea having already secured the signings of Hakim Ziyech and Timo Werner, whilst former Paris Saint-Germain captain Thiago Silva is nearing a free transfer switch and talks are continuing over a deal for Bayer Leverkusen star Kai Havertz.

Chilwell admits it is an exciting time to become a Chelsea player and says Lampard played a key role in persuading him his future lay with the Blues, revealing his belief that his game is perfectly suited to the system of his new side.

“I am delighted to be joining Chelsea at this very exciting time for the club and the manager played a massive part in me signing here,” Chilwell told ChelseaFC.com.

“I think every player wants to play for a huge club in their career and I’m no different, but talking to Frank before I signed really made up my mind that I wanted to come and play here.

“He installed a lot of confidence in me, he told me about the system he wants to play, how I’d fit into that and he just seemed a really good guy that you could talk to about anything. It’s important to have that relationship and trust with a manager and he’s also very keen on young players being given a chance.

“We’ve seen that over the past season under Frank, he does play the younger players if they are good enough and just from speaking to him, I’m really excited to be here and I can’t wait to get started.

“He told me about the system and of course I watched and played against Chelsea over the season, so I know what I’m coming into. I think the way the gaffer sets his teams up is just perfect for me and suits my game perfectly. I just can’t wait to get started and hopefully there are many great years to come.”