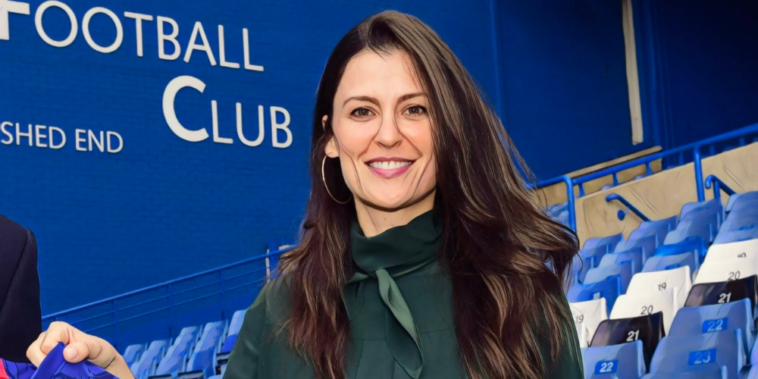 Each of the preferred bidders to takeover at Chelsea are said to be keen for influential director Marina Granovskaia to remain at the club.

Chelsea’s future will reach a crucial stage this week as the final proposals are submitted to succeed Roman Abramovich as owner of the West Londoners, with the Raine Group, the US merchant bank handling the sale, then set to recommend a preferred bid.

Among a wealth of uncertainty at Stamford Bridge is the long-term futures of the Blues’ current hierarchy, including Granovskaia, who has been a key figure in the running of the Premier League side in recent seasons.

Granovskaia has close ties to Abramovich and has worked as an adviser to the Russian for almost two decades, whilst her work at Chelsea – including the handling of transfer negotiations – has seen the 47-year-old develop a reputation as one of European football’s best operators.

The Athletic are reporting that each of the parties interested in taking over at Chelsea are keen for Granovskaia to remain at the club, with the Russian-Canadian’s potential exit a huge blow ahead of the summer transfer window.

The bidders looking to end Roman Abramovich’s 19-year reign at Stamford Bridge include a British-based consortium fronted by Sir Martin Broughton, the former Liverpool and British Airways chairman and a host of US-led proposals.

The Ricketts family, who own the Chicago Cubs and have teamed up with Cleveland Cavaliers owner Dan Gilbert and hedge fund tycoon Ken Griffin, are also interested, alongside LA Dodgers co-owner Todd Boehly and Steve Pagliuca, the owner of the Boston Celtics.

Granovskaia is understood to have remained uncommitted either way until a takeover reaches its conclusion, at which a decision will be made on whether she remains in her current role at Chelsea.