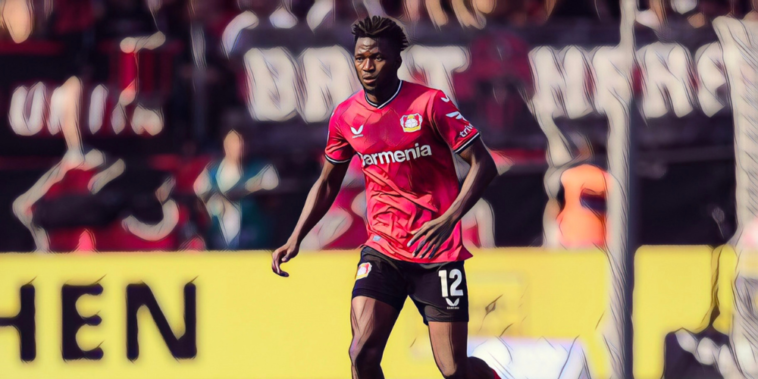 Chelsea have reportedly discussed a deal for Bayer Leverkusen defender Edmond Tapsoba, having been frustrated in their pursuit of Wesley Fofana.

Thomas Tuchel’s side saw a third bid for Fofana turned down in midweek and the west Londoners are now considering alternatives as the club look to bring in a centre-back before the deadline.

According to the Express, Chelsea have internally discussed a move for Tapsoba who has impressed across his two seasons with the Bundesliga side.

The 23-year-old has previously been linked with Premier League clubs including Manchester United and Leicester and has emerged as a potential option with Chelsea already in talks with Leverkusen over a potential deal that will see Callum Hudson-Odoi move to Germany on loan.

Tapsoba has won 28 caps for Burkina Faso at international level and formed part of the team that reached the semi-finals of the 2022 Africa Cup of Nations.

Chelsea are considering allowing Trevoh Chalobah to leave on loan, with a number of clubs – including Inter Milan, Aston Villa, Roma, Tottenham and RB Leipzig – reportedly interested, but want to bring in a replacement before sanctioning the defender’s exit.