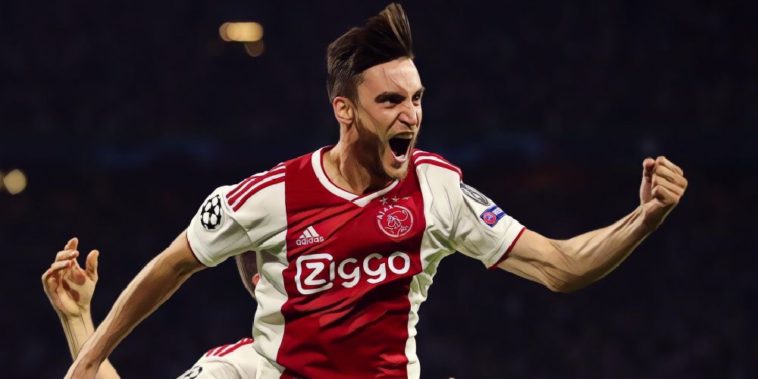 Chelsea are being linked with a move for Ajax left-back Nicolas Tagliafico as the club consider potential alternatives to Leicester’s Ben Chilwell.

Frank Lampard has made the signing of a new left-back a priority position to strengthen this summer and the club have been strongly linked with a move for Chilwell, the England international having established himself as one of the finest full-backs in the Premier League in recent seasons.

However, Leicester’s huge valuation of the player has led Chelsea to consider alternatives, and according to Sky Sports the west London outfit could launch a move for Ajax’s Tagliafico.

The Argentina international has impressed since moving to the Dutch side from his homeland two years ago, forming part of the side which won a domestic double and reached the semi-finals of the Champions League in 2018/19.

The 27-year-old – who has also been linked with both Barcelona and Atletico Madrid – scored five goals and provided a further five assists for Ajax in all competitions last season and could represent a cheaper alternative to Chilwell, with Leicester said to have demanded a fee in excess of the world-record £80m that took Harry Maguire to Manchester United last summer.

That stance is believed to have softened but the two sides remain some way apart in their valuation of the 23-year-old, Chilwell having also been tentatively linked with a move to Manchester City.

Real Madrid’s Sergio Reguilon – who was voted as the best left-back in La Liga during a loan spell at Sevilla last summer – is also on Chelsea’s radar, whilst Porto’s Alex Telles is another player reportedly on the club’s left-back shortlist.