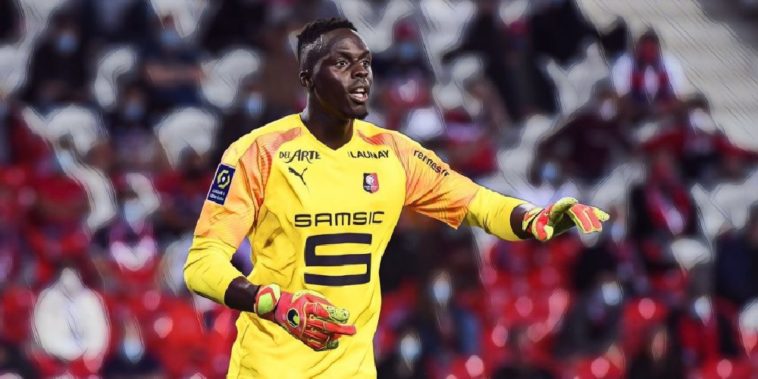 Chelsea certainly aren’t messing about this summer, and their impressive spending spree looks set to continue as they target Rennes ‘keeper Edouard Mendy.

The Blues have already completed the signings of Hakim Ziyech, Timo Werner, Ben Chilwell, Thiago Silva and Malang Sarr, while they are also closing in on a deal for Kai Havertz which would take their summer spend to well over £200 million.

Now, it seems as though Chelsea will turn their attentions to strengthening their goalkeeping department following the struggles of club-record signing, Kepa Arrizabalaga.

Edouard Mendy's stats are definitely impressive!
He is 6'5" and stops 10.2% of the crosses which is very impressive cause the average for most of the top GKs is around 8-9%. Kepa stops 7%
Average save %age throughout his career=76%
Not great with the ball but I don't care one bit pic.twitter.com/r98PuAnfXj

The Blues secured a fourth-place finish on the final day of the season, but did so despite conceding 54 goals, the highest of all of the Premier League’s top half, with Kepa registering the worst save percentage among the division’s regular ‘keepers, as per FBref.

Chelsea have been linked with a number of goalkeepers this summer, including Jan Oblak, Dean Henderson and Andre Onana, but according to the Guardian, they have also made a move for Rennes ‘keeper Edouard Mendy.

The Senegalese only joined Rennes from Reims last summer, helping the Brittany based club to a third-place finish and Champions League qualification prior to the division’s curtailment.

The report claims that Rennes are reluctant to lose their first choice ‘keeper, and have already knocked back a £14.2m (€16m) bid from the Blues, though they are set to return with an increased offer of around £17.8m (€20m), with Lampard no longer trusting his current number one.