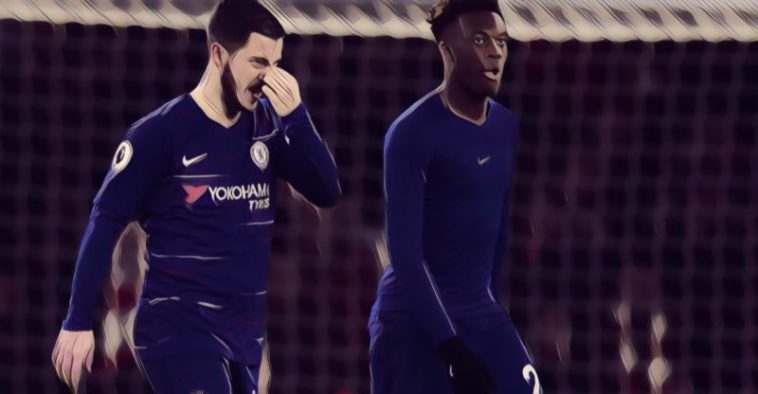 Chelsea are set to hand the number 10 shirt to Callum Hudson-Odoi, should Eden Hazard leave the club this summer.

Belgian international Hazard looks set to leave Chelsea after seven years at Stamford Bridge, with the 28-year-old being heavily linked with a summer move to Spanish giants Real Madrid.

Hudson-Odoi has also been linked with a move away from the club, having failed to sign a new contract as he looks for assurances over his playing time.

The 18-year-old has attracted the interest of the likes of Bayern Munich, Manchester United and Liverpool, and according to the Daily Mail Chelsea will offer the teenager Hazard’s vacant number 10 shirt in a bid to persuade him to stay.

The England international is currently recovering from a ruptured Achilles, and could be persuaded to sign a new deal at Chelsea if they offer him a more prominent first-team role.

Hudson-Odoi wanted to leave the club amidst an offer from German champions Bayern Munich in January, with the teenager still believed to be feeling a move to the Bundesliga would better aid his development.