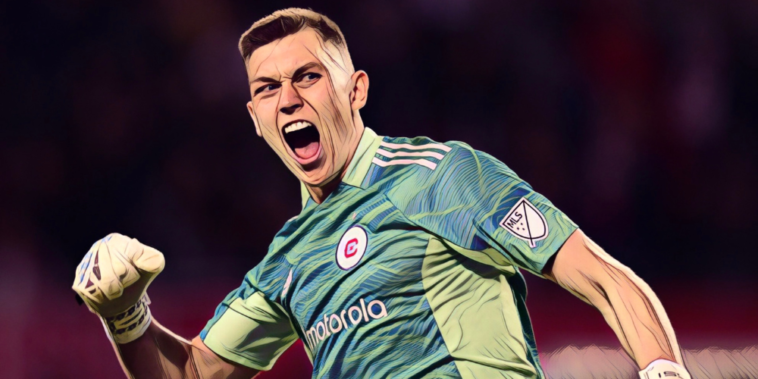 Chelsea are closing in on their first signing of the summer with the Blues nearing an agreement to sign Chicago Fire goalkeeper Gabriel Slonina.

The west Londoners are understood to be ‘close’ to signing the teenager, who became the youngest starting goalkeeper in MLS history when making his debut in August 2021.

Real Madrid have also expressed an interest in signing Slonina, though Chelsea are front runners to secure his signing after the European champions saw their initial offer rejected.

Fabrizio Romano is reporting that the fee is expected to be in the region of €10m, whilst the deal could see Slonina remain on loan with Chicago to continue gaining experience in the United States.

Gabriel Slonina deal update. Chelsea are now really close to signing the talented goalkeeper, they are pushing after Real Madrid bid rejected – talks are in progress with Chelsea to get the deal done soon. 🚨🔵 #CFC

The 18-year-old last month turned down a senior international call-up from Poland in order to pledge his allegiance to the United States, who he has represented up to u20 level.

Slonina could become the first signing at Stamford Bridge since Todd Boehly’s takeover of the club, whilst Chelsea are also interested in additions at centre-back this summer.

Thomas Tuchel has been linked with raiding former club PSG for Presnel Kimpembe, whilst Ousmane Dembele is also a reported target for Chelsea as the winger nears the end of his contract at Barcelona.