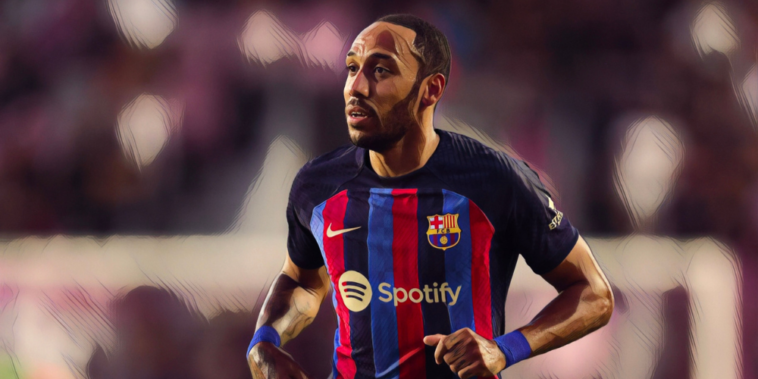 Chelsea are pushing to sign Pierre-Emerick Aubameyang from Barcelona with the west Londoners considering the forward as the ‘perfect’ addition.

Aubameyang is free to leave Barcelona this summer following the club’s summer recruitment drive, with the Catalans needing to reduce their wage bill in order to register their five summer signings.

Thomas Tuchel is interested in a deal to bring the former Arsenal captain back to the Premier League, having worked alongside Aubameyang at Borussia Dortmund.

The Gabon international scored 79 goals in two seasons under Tuchel’s management at Dortmund and Fabrizio Romano is reporting that Chelsea are now ‘pushing’ to secure a deal.

Thomas Tuchel is pushing with Todd Boehly to sign Pierre Aubameyang as he’s considered perfect striker – but Barcelona have not received official proposal yet. 🚨🔵 #CFC

Chelsea are considering Auba as an option as revealed last week ⤵️ https://t.co/GqXEQm4e5L

The Blues view the 32-year-old as the ‘perfect’ striker to add to their depleted options before the deadline, following the exits of Romelu Lukaku and Timo Werner.

Chelsea only have Armando Broja as a recognised centre-forward option at present, though both Kai Havertz and Raheem Sterling are capable of operating in a central role.

Aubameyang signed for Barcelona on a free transfer in January after falling out of favour at Arsenal, having been stripped of the Gunners’ captaincy for disciplinary reasons last season.

He scored 13 goals in 23 appearances across all competitions during an impressive six months in Spain, but faces increased competition following the arrivals of Robert Lewandowski and Raphinha.