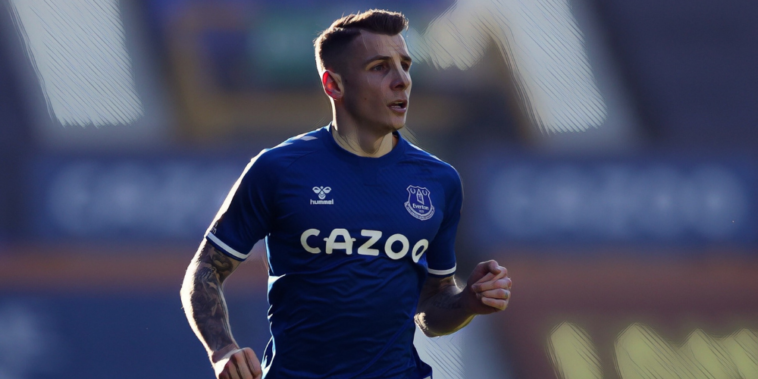 Chelsea are said to be interested in making a loan move for Everton left-back Lucas Digne.

The Blues have been left with just one recognised left-back following the knee injury sustained to Ben Chilwell in their 4-0 win over Juventus back in November.

Initially, Chelsea opted to wait before making a decision over the best course of action to take, though he has now undergone surgery which will see the England international miss the remainder of the season.

That injury leaves Marcos Alonso as the only recognised option in that position, and according to L’Equipe, as per GFFN, Chelsea will make a move for Everton’s Lucas Digne as Thomas Tuchel looks to add competition and cover for the Spaniard.

The Frenchman has fallen out of favour with Everton boss Rafael Benitez, and he hasn’t featured in a matchday squad for the Toffees since the 4-1 Merseyside derby defeat on December 1st.

According to the report, Chelsea will look to sign the 28-year-old on loan until the end of the season, though Everton would only be interested in a permanent deal, valuing the full-back at around £25 million.

Everton have already secured an £18m replacement in Vitaliy Mykolenko from Dinamo Kiev, the Ukrainian expected to finalise a move to Goodison Park once the January window opens.