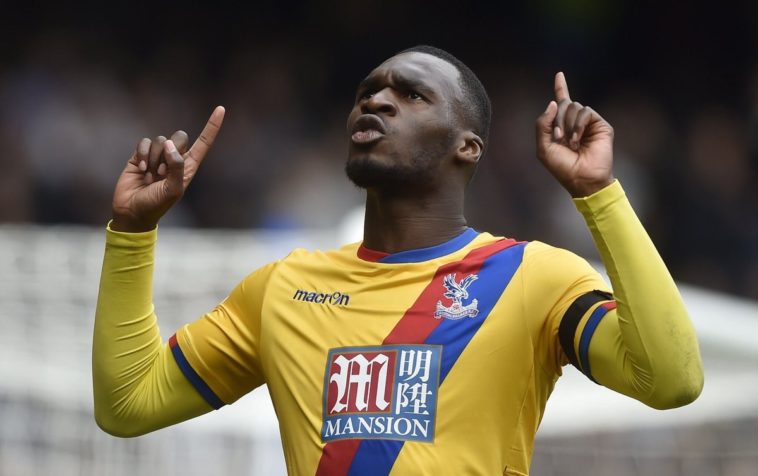 10 saves from Wayne Hennessey, and Christian Benteke’s goal in the 11th minute led Crystal Palace to a 2-1 victory over league-leaders Chelsea on Saturday afternoon at Stamford Bridge.

The Eagles defence stopped attack after attack from Chelsea’s onslaught of 24 shots. Hennessey made save after save with cat-like reflexes to stop all but one of Chelsea’s 11 shots on target to stifle the potent Blues attack.

Crystal Palace have now won four consecutive matches, only conceding their first goal since the beginning of this streak. It was also the first victory in a London derby this season, after losing the first five. Manager Sam Allardyce has now beaten Chelsea with four different Premier League clubs. Quite a record! With the loss, Chelsea’s winning run at Stamford Bridge ends at 10 games. The first loss at home in six months.

Chelsea started with Pedro at right wingback due to a calf injury sustained by Victor Moses, while Cesc Fabregas was slotted in to the front three.

Chelsea opened the scoring with a Cesc Fabregas goal in the fifth minute. Eden Hazard ran for a long ball on the left wing, dribbled past the defender, and put a low cross into the box for an easy tap-in.

After going down 1-0 early, Wilfried Zaha and Benteke caught Chelsea’s unorganized defence to score two goals in two minutes. Zaha fought through Cesar Azpilicueta and made enough room to shoot across the box past a diving Thibaut Courtois.

Benteke then put Palace ahead. Just two minutes after the equaliser, the Belgian led a Crystal Palace counterattack. Chelsea only had David Luiz defending, but when Gary Cahill followed Wilf Zaha, a quick interchange between the Palace players left Benteke onside to easily score past Courtois. Benteke has now scored five goals in eight games against Chelsea.

From there, Crystal Palace sat back in defence and allowed Chelsea to attack. In the 16th minute, Andros Townsend handled the ball in the box, but a penalty wasn’t given by the officials.

Chelsea focused on crossing during the game, but were unable to get a goal past the excellent Hennessey.

The League leaders finished the game with 73% of the possession. The statistics show Chelsea’ dominance of the ball, but it counts for nothing if goals dont go in.

Crystal Palace captain Scott Dann was introduced at the start of the second half, but suffered a knee injury in the 56th minute and had to be stretchered off. He was replaced by Damien Delaney.

Chelsea  became frustrated during the game and started to collect yellow cards in the second half. Diego Costa, Gary Cahill, and David Luiz were all cautioned dusing the match.

Chelsea’s lead at the top of the table is now only seven points after Tottenham’s win over Burnley. Crystal Palace stay in 16th place. They are four points above the relegation zone, but only five points away from a midtable spot in ninth.

Although Crystal Palace defended well as a team, Wayne Hennessey kept this game from being a typical high-scoring Chelsea affair. His reflex saves against the likes of Eden Hazard and Diego Costa ensured the points went back to Selhurst Park.

We are currently looking to add Chelsea and Crystal Palace fans to our writing team. If you are interested in writing g articles about your club, then please apply to join our rapidly expanding writing team.