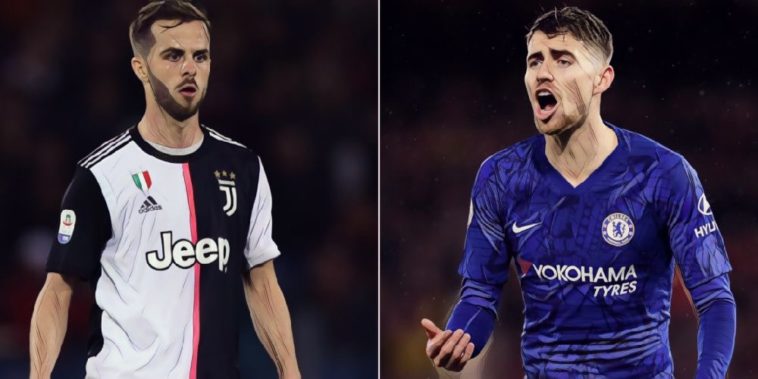 Juventus are interested in a deal to bring Italian international Jorginho back to Serie A this summer, with Maurizio Sarri keen to reunite with a player he previously worked with at both Napoli and Chelsea.

Football’s finances are expected to be limited this summer following the impact of the ongoing global pandemic, and clubs are now considering cost-efficient methods to strengthen including the possibility of high-profile swap deals.

According to the Guardian, one deal that is being discussed is the possibility of a Jorginho-Pjanic swap between Chelsea and Juventus this summer, the Italian champions prepared to ‘sacrifice’ the Bosnian international in order to take Jorginho to the Allianz Stadium.

Pjanic has spent the past four seasons in Turin since signing from divisional rivals Roma in 2016, and despite being a regular in Sarri’s side this season could now move on, having also reportedly been touted in the direction of both Barcelona and Paris Saint-Germain.

PSG sporting director, Leonardo, is reportedly a ‘huge admirer’ of a player who previously spent time in French football with Lyon, though Juve are believed to be focussed on using the midfielder as part of a potential deal to bring Jorginho back from the Premier League.

See also – Teams that should have won the Champions League: Late 90’s Juventus