The offseason is a favourite for many fans. It’s their chance to become armchair managers using their knowledge and skills from Football Manager or FIFA 17.

This summer is no different with Chelsea as wholesale changes are predicted by the media.

As fans, we try to create what we think is the best squad possible within reason…okay things are not always reasonable when it comes to silly season.

It’s hard to guess the names of new players that will come to SW6 next season. Instead, I have identified some of the positions that I believe Chelsea need to bolster through the transfer market. The lack of depth in some areas is crystal clear. An injury to a starter could spell catastrophe to the West London club. A deeper squad is important for a tighter fixture list with the inclusion of Champions League matches. Chelsea will not get away with such a thin squad this time around with limited tactical flexibility. 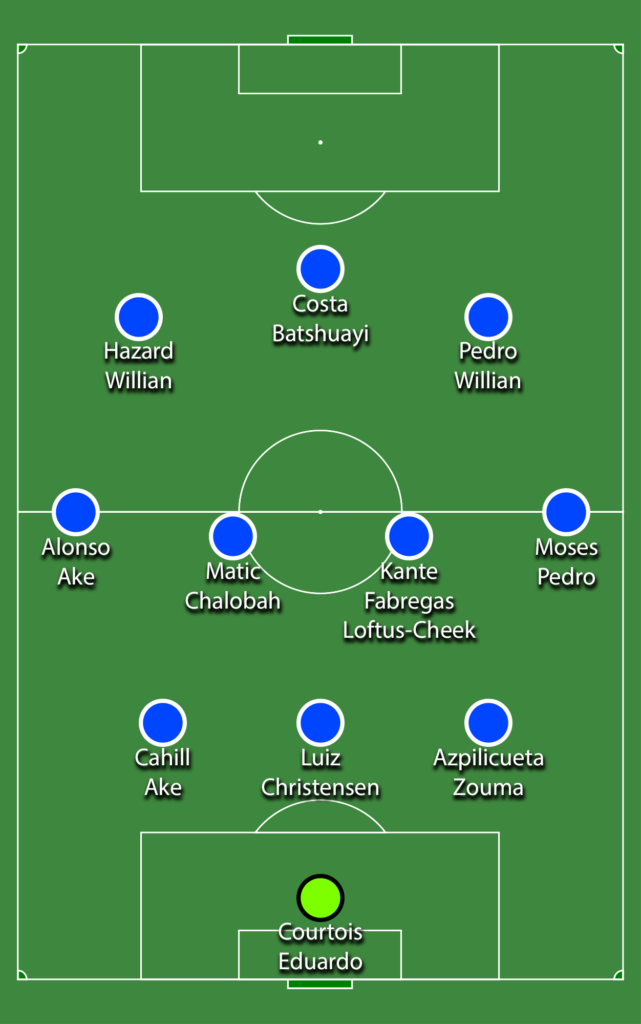 A car cannot run without an engine, and Conte’s 3-4-3 cannot work without wingbacks. These are the players that run from one end of the pitch to the other and back for the full 90 minutes. They stick close to the touchline to provide width in attack, and come back in defence to pressure opposing wingers.

Conte somewhat magically achieved greatness with Marcos Alonso and Moses as the wingbacks of his system. Alonso was a former Bolton Wanderer, but only started to find success at Fiorentina before moving to Chelsea. Moses joined the Blues in 2012, and was loaned to several clubs as a winger before Conte arrived at Cobham.

An injury to any of these two players would doom the club as they look to defend their Premier League crown and fight in the other championships. Any backup to Moses is already in another position of the starting XI. Nathan Aké could play at left wingback behind Alonso, but he is more of a centreback and should play as such. Options are limited within the current Chelsea squad. Conte needs reinforcements along the touchlines if he wants to remain competitive next season.

I also consider wingbacks to be the position Chelsea should improve upon. While the campaigns of Alonso and Moses were more than adequate, there are better footballers playing elsewhere, and the club shouldn’t shy away from making big purchases to play the role. For Chelsea to move into the next tier of clubs like Real Madrid and Bayern, they need players that would make opponents quiver in the knee by just hearing their name.

Although it’s just a rumour, it’s good to see that Chelsea is linked to Juventus wingback Alex Sandro. He’s one of the best left wingbacks in the world, on par with David Alaba and Marcelo. He would be that upgrade that puts Chelsea over the top. He would provide excellent defensive cover for Eden Hazard, and make overlapping runs with him while in attack. The only downside would be his price, rumoured to be around £55 million. Finding another player like Sandro would be finding a needle in a haystack, which is why Chelsea would have to pay the exorbitant price to get him.

On the right side, I would like to see Serge Aurier leave Paris to come to Chelsea. His inclusion would solidify the right flank since Moses isn’t a defender by trade. However, Aurier had his visa to enter the UK revoked due to a prior conviction. This prevented him from playing against Arsenal in a Champions League match, and it could complicate things if he tried to move to an English club. If Chelsea were to find a centreback to replace César Azpilicueta, then the Spaniard could move into the right wingback spot.

Whether Diego Costa has checked out of the building or not, more depth and competition are needed at the centre forward position. Nobody was there to light a fire under the Spaniard and challenge him for the coveted #9 spot, even though he was out of form.

If he does end up leaving before the season starts, Chelsea is left with Michy Batshuayi. The Belgian proved he deserves regular playing time, but one striker still isn’t enough. Conte could also see him as too young and inexperienced to lead the forwards into battle.

With only one striker spot available in the starting XI under the 3-4-3, backups do not get a lot of playing time, which is understandable why Batshuayi would want to leave for more minutes. Then again, Conte is not wedded to the idea of a lone striker; in fact, his favourite formations in the past used two forwards to lead the line.

Romelu Lukaku is the one making all the headlines as he stated he’s leaving Everton. The Belgian signed with Chelsea back in 2011, and was affectionately known as “The Fridge from Stamford Bridge.” His frame allows him to outpower defenders with ease, and strikes fear into the heart of many goalkeepers with 25 goals last season.

Lukaku was never given a chance in Chelsea’s first-team squad, and there may be some unfinished business for the striker, like Paul Pogba when he returned to Manchester United. Like the French midfielder, Lukaku will cost a pretty penny in the transfer market, with Everton asking for at least £70 million.

Everton’s talisman is also blessed with a team that creates chances for Lukaku to score. Ross Barkley was next in line, only scoring five goals for Everton. The Toffees are built around Lukaku, and that won’t be the case at Chelsea. A player like Mauro Icardi might be a better fit for this transfer market. Lukaku’s price is too inflated for someone who still needs to make improvements in his skillset. The market is ripe with forwards, and Chelsea need three or four in the squad ready to play.

What about the rest of the squad?

Improvements can be made across the pitch in every position. Wingback and striker were the spots, in my opinion, that needed to be addressed through the market. In central midfield, there are players from the youth academy like Lewis Baker, Nathaniel Chalobah, and Ruben Loftus-Cheek to provide depth. They don’t give me the greatest confidence to compete with the Real Madrid’s of the world, but they are in the squad and hungry to play.

There are strikers coming from the youth academy, like Tammy Abraham. However, they are still raw players who are better off being loaned to other clubs to develop their abilities. There is nobody I can think of at wingback that’s ready to play in Chelsea’s first team.

Everything is subject to change once Chelsea starts making their moves in the transfer window. It’s going to be a roller coaster of rumours, praise, and disdain as players come and go. Let’s just enjoy the ride, and hope the squad improves.