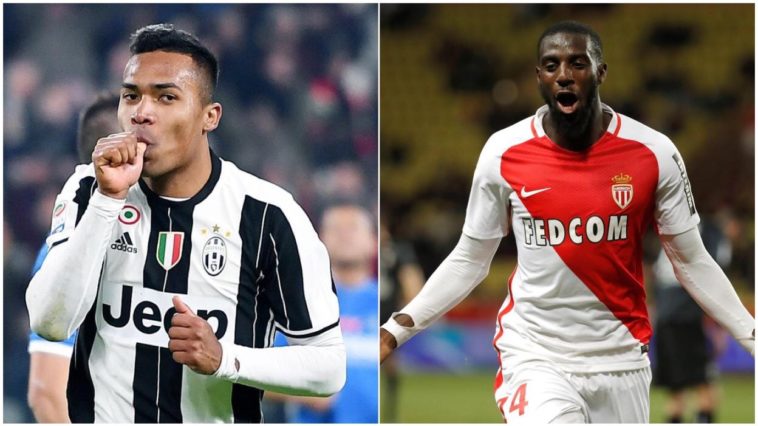 Chelsea are close to making a £100m investment in their squad with the addition of two new players.

According to a variety of sources, Antonio Conte is close to the £62m signing of Juventus left-back Alex Sandro and Monaco central midfielder Tiemoue Bakayoko for around £35m.

Reports in Italy claim that Chelsea have agreed to meet Juventus’ asking price of €70m after the player indicated he wanted to make the move to the Premier League champions. It is claimed that he has already agreed personal terms ahead of the switch to Stamford Bridge.

Tiemoue Bakayoko is another who looks set to join the Chelsea ranks in a move that will give Nemanja Matic the green light to move to Manchester United. The Monaco midfielder was an integral part of the side that won the French title for the first time in 17 years, while also progressing to the Champions League semi-final, before they were eventually knocked out by Juventus.

It is also thought that Chelsea have agreed a deal to bring Willy Caballero to the club on a free transfer after his release by Manchester City.

The Blues are also interested in signing Romelu Lukaku and Virgil van Dijk from Everton and Southampton respectively, moves which could take Chelsea’s summer spending to almost £240million.