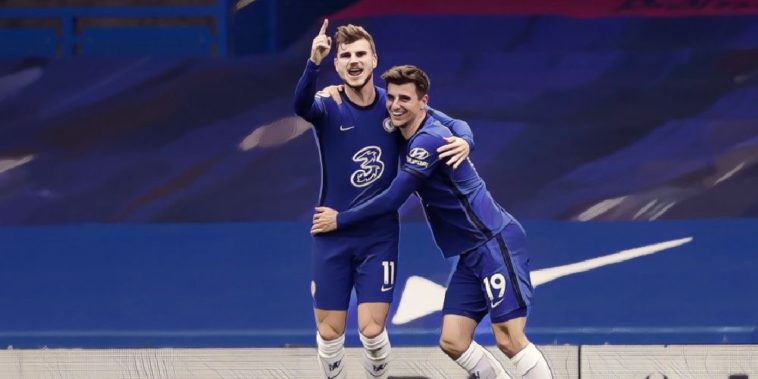 Chelsea got back to winning ways at Stamford Bridge today, the Blues booking their place in the FA Cup fourth round with a comfortable 4-0 win over Morecambe.

Frank Lampard’s side took control of the tie in the 18th minute when 22-year-old midfielder Mason Mount fizzed a cracking strike from 25 yards out low into the bottom corner.

Then, on the stroke of half-time, Germany international Timo Werner ended a run of 827 minutes without a goal by tapping home from close range, a goal which effectively ended any hope the League Two side had of pulling off an unlikely cup upset.

Not long after the break and the Blues made it three, highly-rated winger Callum Hudson-Odoi controlling a ball over the top from Hakim Ziyech before firing past the ‘keeper.

Another underperforming summer signing, Kai Havertz – who had earlier set up Werner’s goal – completed the scoring, the former Bayer Leverkusen man rising highest to power home a header from the right-hand side.

Speaking afterwards Lampard was pleased with his sides performance and application after a difficult run of form in recent weeks.

“It was professional,” Lampard said at his post-match press conference. “We could have scored more goals maybe but the game was very comfortable, although it wasn’t easy.

“Credit to Morecambe because they were very organised, sat deep and in the early parts of the game they covered all the spaces. It took a while to break them down but I was pleased. It was a game we should win with the squad we have and we did because we did everything right.

“We’ve had some results we don’t like recently so it was an important part of the process to deal with this game in the right way.”

Lampard has come under serious pressure of late, with Chelsea picking up just four points from a possible 18 in the Premier League, with the struggles of high-profile summer signings Werner and Havertz also coming under the spotlight.

The Blues boss admitted he was happy to see Werner break his scoring drought today and urged patience with the striker and his international teammate, Havertz.

“I’m pleased for him because strikers want to score goals,” Lampard added.

“He’s had a few near-misses in that time, he’s been getting into positions but it hasn’t been going in for him.

“I was pleased to play him today, get him the confidence of scoring a goal. I think it’s important that we understand both Timo and Kai are young lads coming into this league and tough patches are normal.”

Next up for Chelsea is a top-flight clash with London rivals Fulham next Friday night.